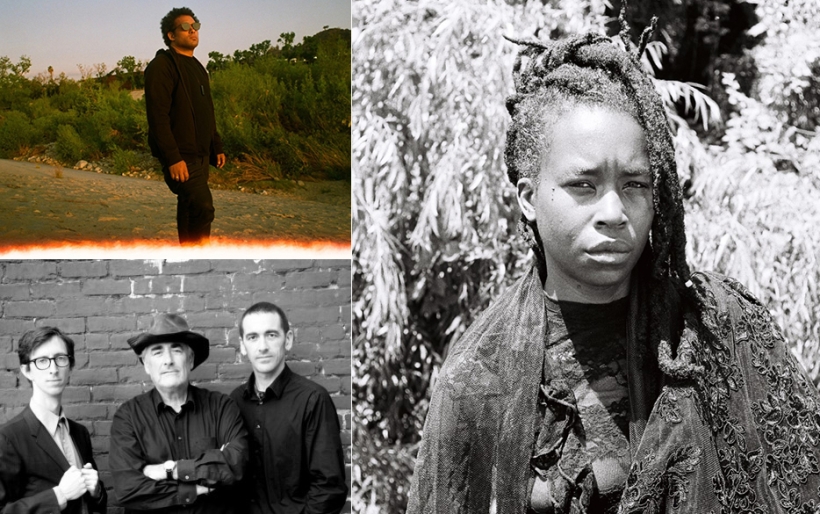 If anyone has championed the cause of avant-garde jazz, experimental classical and nu-contemporary music of all stripes, it is Ars Nova Workshop’s Founder, Executive and Artistic Director Mark Christman.

Nearly alone and for 20 seasons, Christman has programmed the biggest, best known names, the rarest players and the boldest up-and-comers of adventurous music into a floating array of local, often-unlikely venues for a hungry, equally adventurous crowd.

Christman has done an amazing job getting international attention as ANW’s curator – be it his regular season or his now annual October Revolution festival which starts this year on October 1 and runs through Halloween. He claims the 2019 edition of the month-long event will focus more on Philadelphia than in previous iterations. This means locals such as Moor Mother, Monette Sudler and The War on Drugs’ Charlie Hall are as much at the forefront of 2019’s October Revolution, as is Art Ensemble of Chicago saxophonist Roscoe Mitchell and British multi-instrumentalist Fred Frith, the latter playing his first show in Philadelphia in over 30 years.

We caught up with Christman on the eve of the Revolution.

The Key: As this is the third iteration of Ars Nova’s October Revolution, what do you think it is now – what has it has become – that it wasn’t in the past? What did you purposely want to change or add to this?

Mark Christman: I think that the first two years of the October Revolution established, among critics and the national and international jazz community, that it is a world-class festival. It attracted many folks from out of town. But, this year we’re really focused on Philadelphia and regional audiences.

TK: I can guess a million reasons, but, why the focus of Philly at this point, when you already have us?

MC: This year is more of an October Evolution.

MC: I think we’ve outgrown Old City, so this year we’re doing what we do best: presenting a range of experiences in a range of environments and neighborhoods. In subsequent years, you’ll see the festival settle in one neighborhood, likely Spring Arts. These changes will, in the short term, result in a festival that will be targeted more directly to local audiences, simply because they are so spread out, but in the long term will improve the experience of out-of-town attendees.

TK: This is not an accusation, but, regarding the idea of a festival as such – I had an interesting conversation with Fringe Arts’ Nick Stuccio who believed that in presenting disparate live shows at Fringe Arts, he did not always get the desired audience these shows deserved. By creating a theme and booking to that theme in a festival setting —  making 2019’s schedule into a series of mini-fests — it helped present his showcases better: what say you in relation to October Revolution?

MC: We started this festival hoping to bring a critical mass of the outstanding musicians that Ars Nova Workshop presents throughout the year TOGETHER, in one place, around a single event that celebrates the spirit of improvisation, experimentation, and freedom, and provides an opportunity to settle in for deep listening that can cleanse our minds and refresh our souls. So, yes, I think the festival format gives audiences an opportunity to  fully commit and to take more chances, and trust in our vision.

TK: Who was the first act or artist that you had booked for 2019’s October Resolution and how and why do you believed they helped set the tone for the rest of the fest?

MC: Makaya McCraven. He’s really exciting, really connecting with folks. I saw his record release performance in New York City early this year. The young vibraphonist Joel Ross, who is in his quartet for our festival, took a solo. It was the first time I saw a room of over 300 millennials go berserk for a vibes solo.

TK: You know I am excited beyond belief about you bringing Fred Frith here for any event, let alone October Revolution: What does he mean to you? To October Revolution? To the history of avant rock? And how did you get him?

MC: A few years ago I was quite moved seeing this celebration of Lindsay Cooper’s music. Fred and many of his past and present collaborates were there celebrating her work and performing some of the Henry Cow music. It was a very special thing. To be totally honest, avant-rock was my gateway into jazz and improvised music, so having Fred in town is a real coup.

TK: As a rocker, to a certain extent, Charlie Hall might seem, MIGHT seem, outside your wheelhouse. How did the two of you connect and when and how did the tribute to Miles Davis’ In a Silent Way come about ?

MC: Charlie may be even more of a “jazz guy” than I am. He’s deep. Over the years we’ve found a lot of common ground, including the music of Paul Motian, Pat Methany, Coltrane, and all things ECM.

TK: Charlie told me that he isn’t rehearsing this, just going for it that night, after having given his crew copious notes and drawings. What say you of that process?

MC: Well, at Ars Nova we’re all about the artist as visionary, unaffected by the pressures. And their work as a mystical and mysterious experience, spiritual endeavor. At the same time, these folks have been rehearsing for many years.

TK: Speaking of Philly cats, this looks like Monette Sudler’s October Revolution..She is either leading or part of three different acts on two different nights? Did you push this…or she? Or did this just happen? And what does she mean to Philly’s connection to the avant-garde in the present day?

MC: We haven’t discussed this, but I really see her as our artist-in-residence. She is such a force. In October she’ll be doing a lot of looking back, which is exciting and fun, but she is such a vital voice and activist. I think Ars Nova and Monnette have a lot to accomplish together.

TK: This year’s October Revolution marks the beginning of Ars Nova Workshop’s 20th Anniversary Season – how does this fest set up what is to come in regard to the season itself?

MC: As always, we’ll be presenting some big names in jazz and contemporary music. There’s going to be some really special performances in 2020. But more importantly, you’re going to see Ars Nova realize many of its long-term ambitions: exploring the creative potential that exists and hibernates throughout this city and in this city’s spaces, releasing commercial recordings and our podcast, and doing a major exhibition at the ICA, to say the very least. Presenting this work on stage has been our foundational focus, but we think it’s limiting for us and especially for these visionary artists who voices and ideas and innovations go well beyond a 75-minute performance.

Ars Nova Workshop’s October Revolution of Jazz and Contemporary Music takes place October 1 through October 31 all around Philly. Get a complete schedule and ticket information at TheOctoberRevolution.org.