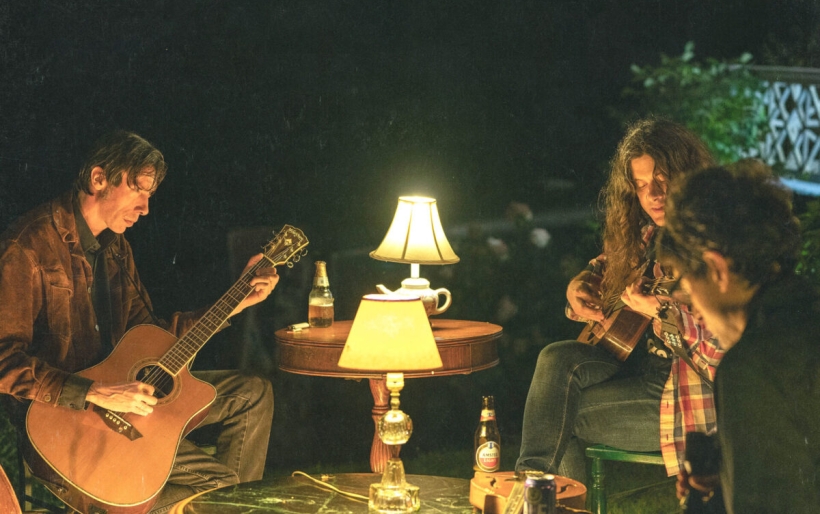 Kurt Vile is joined by Canadian band The Sadies on a new rendition of his song “Baby’s Arms,” from the 2011 album Smoke Ring For My Halo. Excerpted from the forthcoming documentary (bottle back), which comes out October 3 via Matador Records, a new video released today captures Vile and The Sadies as they lay down the track during an evening spent in the Catskill Mountains last year. Gathered around a dimly-lit room with their instruments, the musicians capture the song — an impromptu choice, according to Vile — in its rawness.

“Stoked to get this beautiful off-the-cuff version of ‘baby’s arms’ out there…” Vile writes on Facebook. “…snug-in-the-pocket backed by my Canadian brothers The Sadies (this song was a last minute request by Dallas Good, even…) love those guys so much, a magic moment captured thanks to a tight professional crew always creeping, creeping around… ‘I will never ever, ever be alone.'”

Watch the video below and buy/stream the track here.