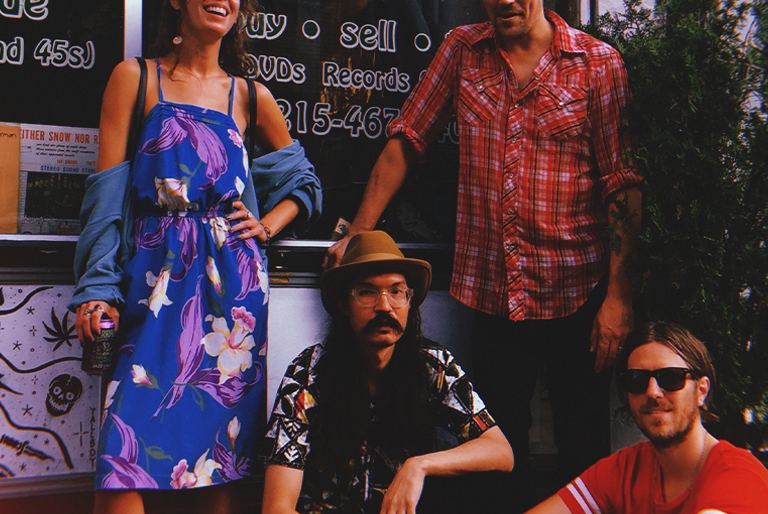 Pouring Silver | photo by Matt Miller | courtesy of the artist

This summer, we got our first taste of Pouring Silver, the dreamlike rock band made up of four scene vets. Led by Far-Out Fangtooth’s Jo Kusy on guitar and vocals, with former Queen of Jeans bassist Nina Scotto on bass, Travis Weissman on Haunted Homes on guitar, and A Sunny Day in Glasgow’s Adam Herndon on drums, the band’s debut “Time Is Right” was a drifting, reverberant home recorded single that showed much promise for things to come.

Today, the band shared its latest single, and first to be recorded in a studio proper, Kusy tells us. “Candle Smoke” was produced by Jeff Zeigler at Uniform Recording, and is a jangly rocker somewhere betwixt The Lemonheads, R.E.M., and Dinosaur Jr., a heady mix of hooks and melody, lyrical poetry, fuzz, and heart.

The song’s new music video by Vince Alvare shows the band in action at South Philly’s Carpenter Art Studios, grooving in a flickering film vibe while pondering the big questions: the meaning of life, and such: “We all are pleading for Earth filled with meaning / Leaning into ourselves / And if I lose my head I’ll lose my ground / And you can’t stop this goddamned world from spinnin’ ’round.”

Give the video a watch below, and buy the digital single at Bandcamp.