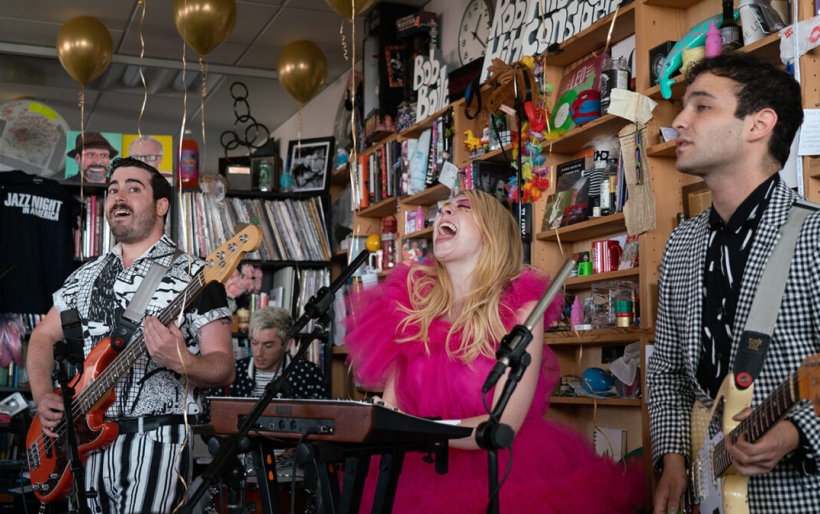 Charly Bliss recently stopped by NPR’s Tiny Desk to perform songs from their second album, Young Enough, which the NYC-based indie rock band released in May. The addition of a string section courtesy of Washington D.C.’s Rogue Collective lends added depth to the four-piece band’s signature pop sound; they also brought along some shiny balloons to help set the mood.

Charly Bliss’ bright and vibrant songs “can feel childlike and candy-coated,” NPR’s Bob Boilen writes. “On the other hand, the subject of these songs is more about the pain of entering adulthood and leaving some of that sweetness behind.”

The band starts off with the catchy album single “Capacity.” Young Enough is a record that dwells largely in themes of growth, and introducing its contemplative title track, Hendricks shares that the song is about “when you finally realize that you made it out to the other side of something really painful.” Charly Bliss closes out the 15-minute set with “Chatroom.”

Watch below. Charly Bliss plays The Foundry on November 14 with Emily Reo. Find tickets and more information on the XPN Concert Calendar.