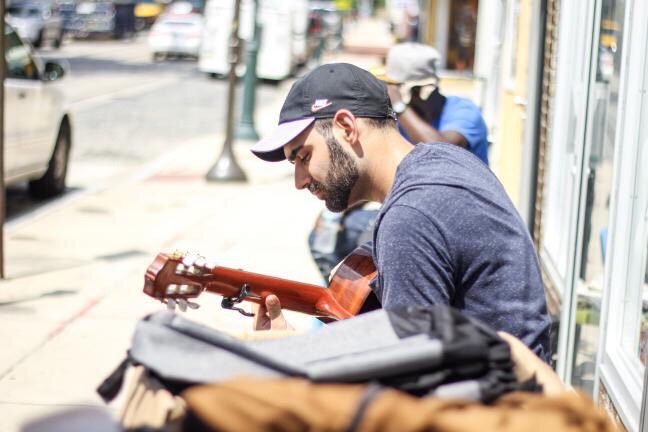 Rolled Gold | photo by Daniella Nicole | courtesy of the artist

West Philadelphia producer and multi-instrumentalist Rolled Gold teamed up with a bevy of local rappers for his latest project. Thing is, though, this isn’t the producer-collabs-with-featured-MCs compilation project that the common route in hip-hop. Instead, the voices of Rapper OHM, Uncle Crimson, Visto, Tylar Montgomery, and Boogieman Dela act almost as other instruments in the mix on A Different Cloth Vol. 3, accent threads in a larger tapestry.

Rather than taking center stage spotlight with their sixteen or so bars, they step back and immerse themselves in the dreamlike world Rolled has created with this set.

This is the third and final installment of the A Different Cloth series that Rolled has been working on since the beginning of the year. A little bit jazzy and a little bit psychedelic, with a lot of groove and momentum, the EP — and the series as a whole — follows in the steps of DJ Shadow, J. Dilla, and Madlib, reimagining the possibilities of what hip-hop can be in 2019.