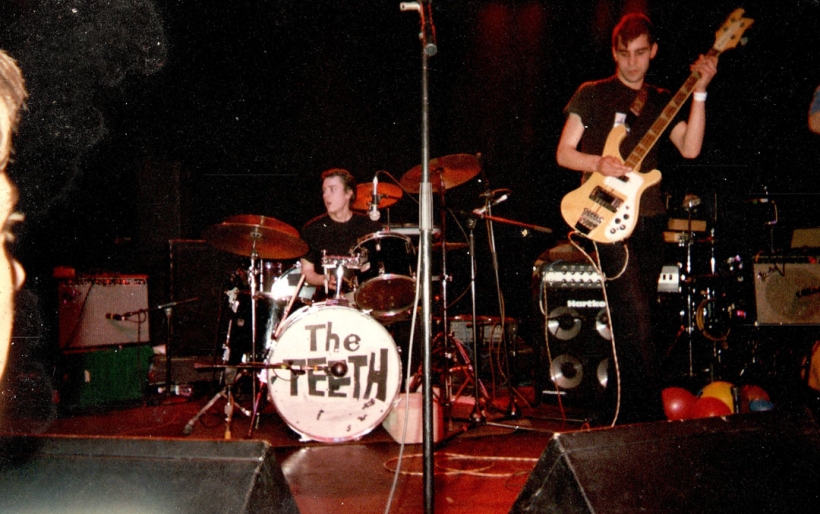 The Teeth | photo courtesy of Park The Van

The Teeth are back and on vinyl for 2019

The Teeth were an integral part of Philadelphia indie rock scene through the aughts, garnering local and national attention — Rolling Stone called them a “Breaking Artist” in 2007 — before disbanding in ’08. Fronted by twin brothers and songwriters Peter and Aaron MoDavis, they rose to prominence alongside local bands like Dr. Dog and The War on Drugs, before moving on to new projects, including Purples.

Now, almost 15 years after their heyday, The Teeth’s music will soon be available on vinyl for the first time. This comes in the wake of a recent, unexpected surge in the band’s profile when “Ball of the Dead Rat” — one of the more popular singles in the band’s catalog back in the day — landed on a Spotify Discover Weekly playlist, prompting a rediscovery of sorts of The Teeth, punctuated by this story in The Hard Times‘ non-satirical wing, Hard Noise.

In step with the renewed interest, the band’s label Park The Van will release the a new collection of their music this fall. The double-LP vinyl set will feature the band’s debut Carry the Wood with along with bonus tracks, as well as their seminal LP You’re My Lover Now.

“Nothing makes us happier to bring this band’s music to a new generation, and selfishly, to own these songs and listen to them in our homes on vinyl for the first time ever,” Park The Van writes on Instagram. Pre-order the collection here.