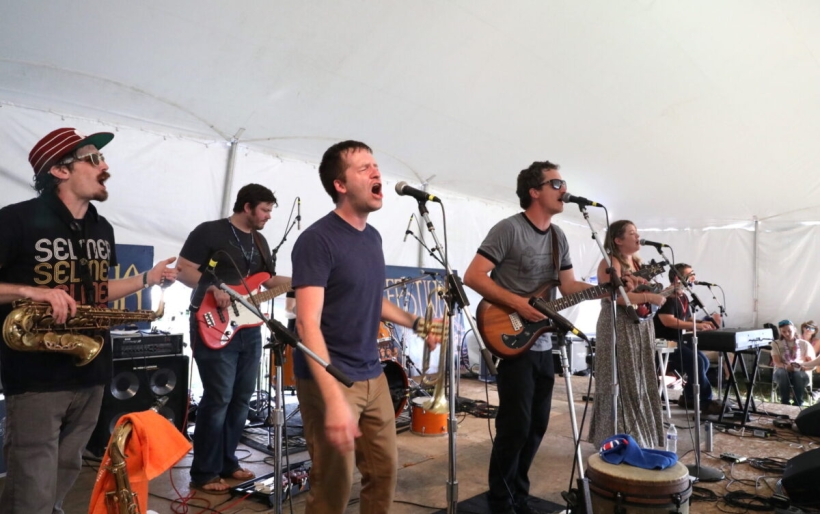 Stella Ruze takes us on the road with “Open”

Stella Ruze just announced that they’ll return with their next album, The Greater Dog, in the new year. The seven-piece folk/roots-rock band led by Brendan Johnson and Katie O’Donnell formed in Manayunk in 2014, and shared their debut LP two years later. The Greater Dog will be the band’s first release since their 2017 self-titled EP.

The Greater Dog‘s lead single, “Open,” is out now, and the band also shared a music video filmed by Skyler Jenkins, that sets tour footage to the upbeat song. Watch the band as they travel the open road, play shows — including the stellar set The Key caught at Philadelphia Folk Fest in August — and record their new tunes in the studio.

Watch the video below. The Greater Dog will be released in January.