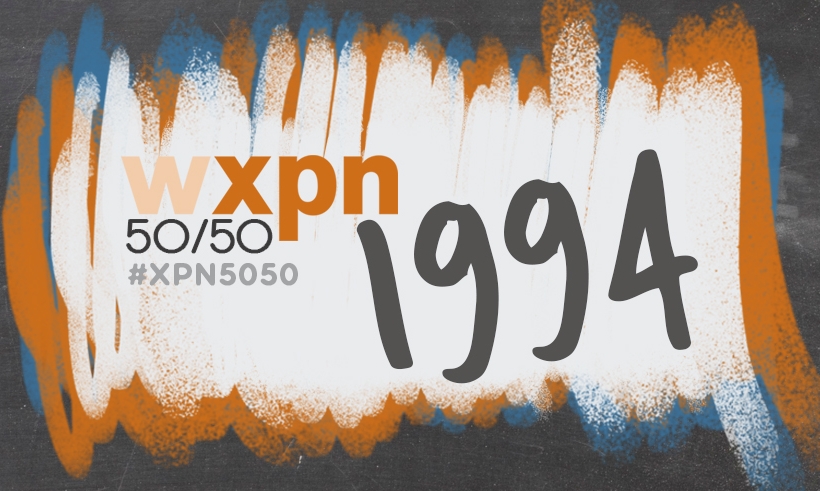 For fifty weeks this year, we’re celebrating the music of a specific year every Saturday on WXPN. We’ll be choosing the years randomly; for this week’s #XPN5050, Bruce Warren is putting the musical spotlight on the year 1994.

It was a good year for classic television, too. E.R. made its debut along with Friends, Space Ghost Coast to Coast, and My So-Called Life.

On the big screen, the hits were Pulp Fiction, Forrest Gump, The Lion King, and The Shawshank Redemption, plus the ready-for-Halloween goth-tinged action/adventure of The Crow.

Below, listen to a playlist of music from 1994.