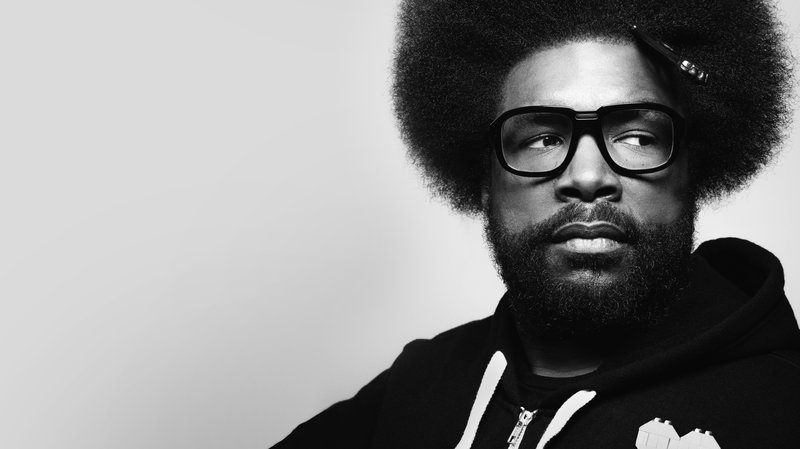 Questlove | photo by Michael Baca | courtesy of the artist

A foodie as well as a music lover, The Roots co-founder Questlove has become quite known for the “food salon” dinner parties he throws for his friends — who include famous folks like Amy Poehler, Zooey Deschanel, and even Martha Stewart. In his fifth book, Mixtape Potluck, Questlove blends these two passions, choosing songs to complement his friends’ recipes, and he recently sat down with World Cafe’s Kallao to tell us more about it.

Walking us through the songs and recipes in the book, Questlove talks about his realization that “food is more of an art experience than it is something to fill you up,” especially when it comes to the combination of unexpected flavors, like in Maya Rudolph’s chocolate chili. (The song that Questlove matched with that recipe? Muddy Waters’ “Herbert Harper’s Free Press News.”) Other songs featured in the book include tracks by artists including Miles Davis, Snoop Dogg, Prince, and Bruce Springsteen.

Questlove also touches on the role food has played in building a community throughout his career, from the making of The Roots’ landmark album Things Fall Apart to his current day job as the musical director for The Tonight Show Starring Jimmy Fallon. (Jimmy Fallon coincidently was in NPR’s New York office at the same time Questlove was taping this interview, and stops by for a surprise cameo.) Things Fall Apart “wouldn’t have happened unless we had great food,” Questlove says. “That’s the whole idea behind having potlucks, and get-togethers and using food as a way to unite people.”

Listen to the episode below and head on over to npr.org to read more. Mixtape Potluck is out now wherever books are sold.