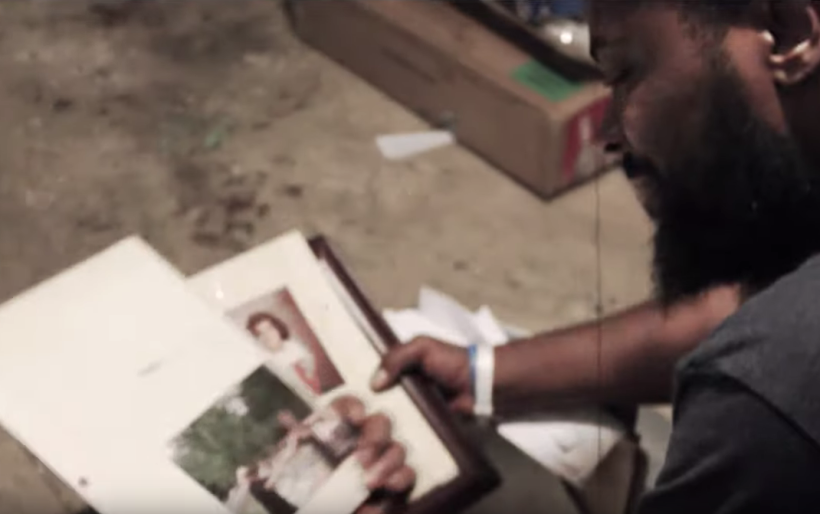 If you listen deeply enough to Philly rapper Reef the Lost Cauze, you know that he’s a family man. Most of time that he celebrates his loved ones in song or on social media, he’s talking about his partner and three children — but in “Frank and Gerry” from his latest record, The Majestic, he turns his lens further back in time towards his grandparents.

That wistful, nostalgic look through family memories gets a visual component in the song’s new music video, where a smiling Reef pages through an old family album — the sort with three rings and adhesive pages covered in plastic, that keep actual physical photographs safe. Directed by Reef’s frequent collaborator Caliph-Now, the video alternates between cuts of Reef rapping, Reef looking at the photos, and detail shots of many of those photos — dinners, weddings, and birthday parties. We see a sea of relatives in formal attire at weddings, in casual clothes down the shore, in 20th century military garb, all the way to present day: photos of Reef in the delivery room with his family.

Watch the “Frank and Gerry” video below. Reef the Lost Cauze is currently in the final hours of a crowdfunding campaign to release The Majestic on vinyl; more on that can be found here. Reef the Lost Cauze’s next Philly concert happens at Ardmore Music Hall in January, opening for Blackalicious. Tickets and info can be found at the XPN Concert Calendar.