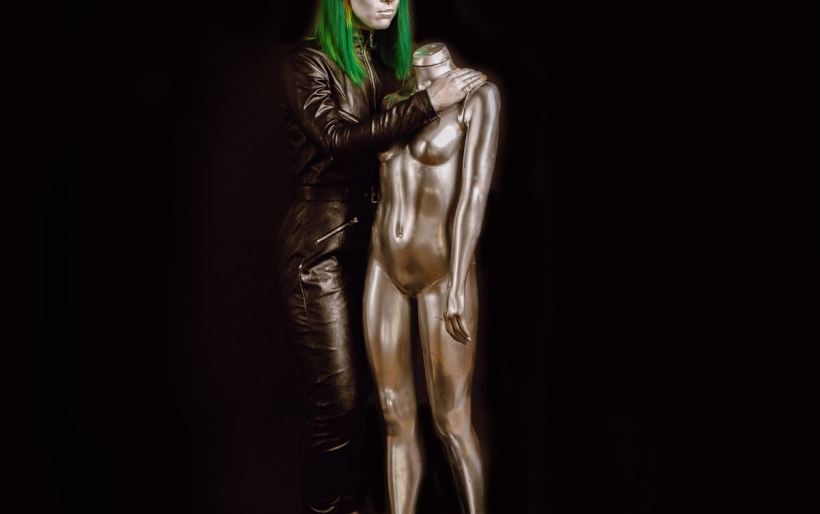 Just in time for the Halloween season, Ellen Siberian Tiger is back with a new single “Kitchen Knife.” Out now on all streaming platforms, the sonically intense song serves as an exploration of what they call “weaponized masculinity” and the role it plays in everyday relationships.

Ellen Tiberio-Shultz has been fronting the feminist indie rock band for a decade, through several iterations, and their next release will be the first they recorded with their current three-piece band. You can expect to hear more in 2020, and based on the new single we can tell that Ellen Siberian Tiger’s new songs will be powerful exercises in catharsis.

With “Kitchen Knife,” they dig deep into the vulnerability of putting yourself in a position to be hurt, singing “You hold love like a kitchen knife: It’s not a weapon, but it could be.” “How do you protect yourself when you love someone who has grown up with male privilege?” Tiberio-Shultz writes in an Instagram post. “How do you balance the give & take of romantic love when that privilege sets up a dynamic where one may feel entitled to take more than they even know they’re taking?”

“When you love somebody, it becomes a battle, even if you don’t want it to be,” they elaborated in an interview with The Key earlier this week. “So you have to protect yourself from those things. You don’t want to view a partner as an adversary, but even the traits about the person you love can hurt you or be weaponized against you. You have to trust the person not to do that, and that is difficult.”