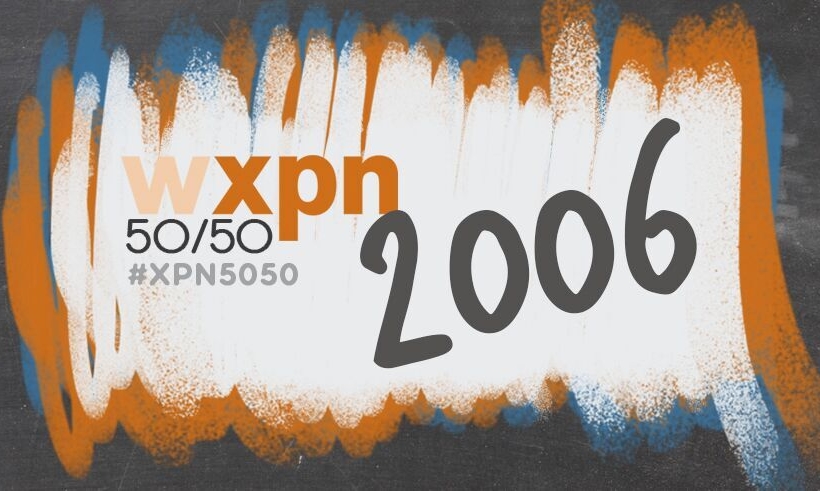 For fifty weeks this year, we’re celebrating the music of a specific year every Saturday on WXPN. We’ll be choosing the years randomly; for this week’s #XPN5050, John Vettese is putting the musical spotlight on the year 2006.

Some view 2006 as a sleeper year, an unimpressive mid-decade slump. Then again, look at the classic albums that hit hard in 06 and still resonate today: Jenny Lewis’ Rabbit Fur Coat, TV On The Radio’s Return to Cookie Mountain, The Hold Steady’s Boys and Girls in America, Peter Bjorn & John’s Writer’s Block, Amos Lee’s sophomore outing Supply & Demand, and yes, My Chemical Romance’s The Black Parade. It was a tremendous year, and I’ll hear no talk to the contrary.

Television highlights in 2006 included a 24-hour Spongebob Squarepants marathon, as well as premieres of Heroes, Friday Night Lights, and 30 Rock.

On the big screen, Pirates of the Caribbean and The Davinci Code were smashing successes, while Crash, Capote, and the Johnny Cash biopic Walk the Line got critical acclaim.

Below, listen to a playlist of music from 2006.