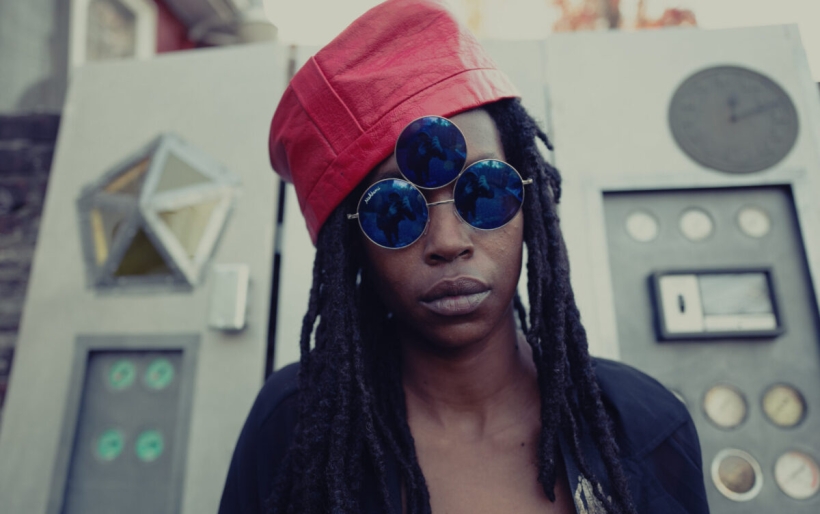 Moor Mother | photo by Bob Sweeney | courtesy of the artist

Irreversible Entanglements will appear at the Kimmel Center as part of the Sittin’ In: Live Sessions series on Wednesday, December 18. Now in its eighth year, the series aims to introduce audiences to up-and-coming artists who stretch the limits of genre, allowing them to showcase their creativity in an informal environment. According to the Kimmel Center’s website, “There’s an unpredictability to the night, which we enthusiastically embrace!”

The free jazz collective was formed in 2015 by saxophonist Keir Neuringer, multimedia artist Camae Ayewa (who performs as Moor Mother), and bassist Luke Stewart, and has expanded to include trumpeter Aquiles Navarro and drummer Tcheser Holmes. The politically-driven collaborative group was motivated to protest police brutality, and Ayewa’s poetic narrations shape their music’s message. Irreversible Entanglements’ self-titled debut album is out now.

Sittin’ In is curated by the Kimmel Center’s Jazz Artistic Advisor Anthony Tidd and hosted by local artist Stacey “Flygirrl” Wilson. The performance is free and will be held in the Center’s SEI Innovation Studio. Find more information on the XPN Concert Calendar and at kimmelcenter.org.