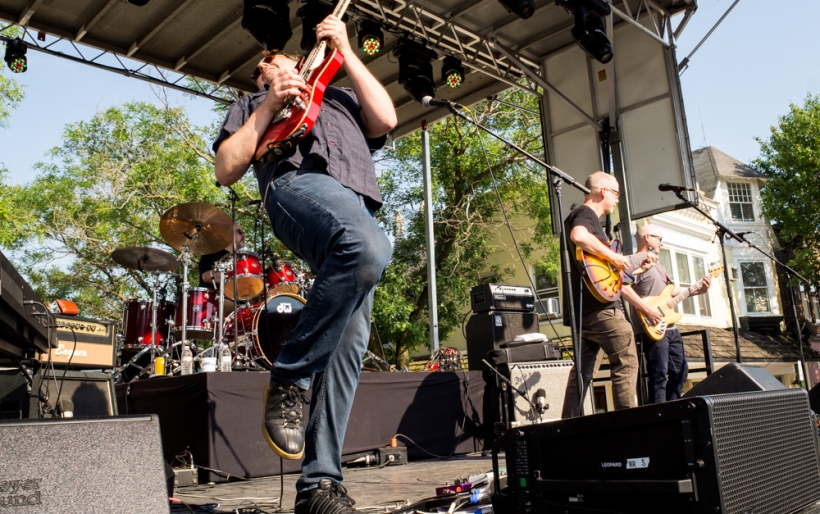 They launched out of the Philadelphia region and into the alternative nation in the mid-90s, but these days Huffamoose plays about one hometown show per year. Last year, it was a post-Thanksgiving gig at Ardmore Music Hall to celebrate the release of their Winding Way Records LP …And That’s When the Golf Ball Hit Me in the Head. This year, the concert happens on Thanksgiving Eve at 118 North in Wayne, Pennsylvania.

Part of the reason the band makes it a once-annual occasion is because singer-guitarist Craig Elkins is based in California; Thanksgiving is a solid weekend for hometown catch-ups with family and friends all around, and particularly so with this group of musical friends.

As they head into their 2019 gig, Huffamoose released a new music video for “Restaurant Manager,” a sensitive and sentimental song that circles around the theme of family ties, with Elkins singing about getting a food service industry day job that allowes him to stay close to home.

Watch the video below, and get tickets and more information on the 118 gig at the XPN Concert Calendar.