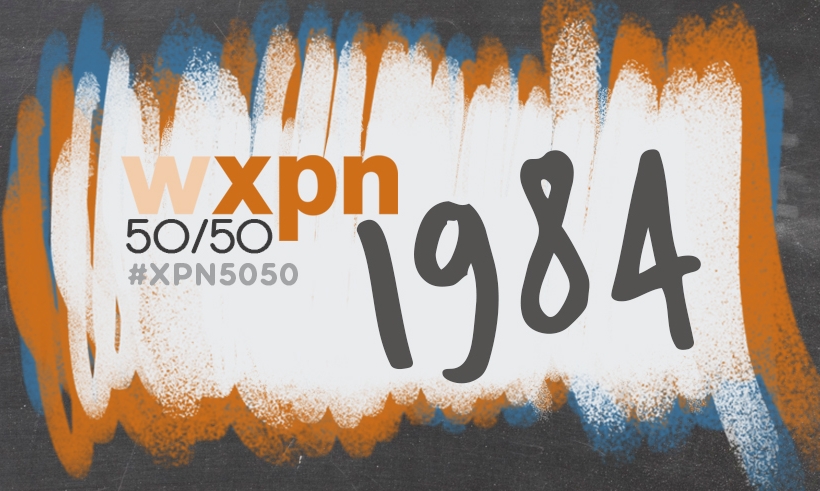 For fifty weeks this year, we’re celebrating the music of a specific year every Saturday on WXPN. We’ll be choosing the years randomly; for this week’s #XPN5050, Robert Drake is putting the musical spotlight on the year 1984.

Bruce Springsteen took us dancing in the dark, Prince went out in the purple rain, Madonna declared herself the material girl, R.E.M. didn’t go back to Rockville, U2 called for one more in the name of love. The year 1984 was filled with classics.

Speaking of classics, look at the movies that were on the big screen: Gremlins, Ghostbusters, Terminator, The Karate Kid and Beverly Hills Cop.

On TV, Three’s Company ended its run, while Night Courtbegan. Cheers and The A-Team went strong, and Murder, She Wrote made its debut.

Below, listen to a playlist of tunes from 1984.