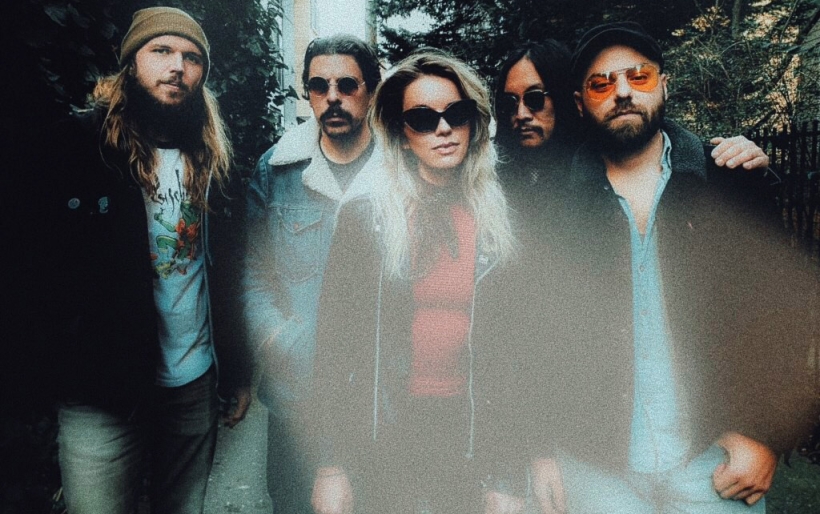 Philly psych rockers Ruby The Hatchet have been known to work a cover of Uriah Heep’s “Easy Livin” into their live sets, and now the band has released their rendition of the song. Recorded at at Retro City Studios in Germantown, the band puts their stamp on the 1972 single with three part harmonies and heavy organ. The cover is accompanied by a video that captures Ruby The Hatchet in the studio.

“Uriah Heep is a band favorite and still an unsung hero of sorts in our opinion,” Ruby The Hatchet shares in a press release. “Many of their songs make our karaoke cuts, but ‘Easy Livin” was especially fun to figure out now that we have been toying with live three part harmonies. All of the high notes in our cover are vocally supported by Johnny, and of course Owen…still trying to put a mic in front of Lake. Plus, when you have someone like Sean playing organ, a Heep cover is a must.”

Ruby The Hatchet will release their catalogue, including three full-length albums and an EP, on limited-edition colored cassette this month. Find more information at brutalpandarecords.com.

Watch the video below. Ruby The Hatchet plays Johnny Brenda’s on December 13 with Kadaver. Find tickets and more information on the XPN Concert Calendar.