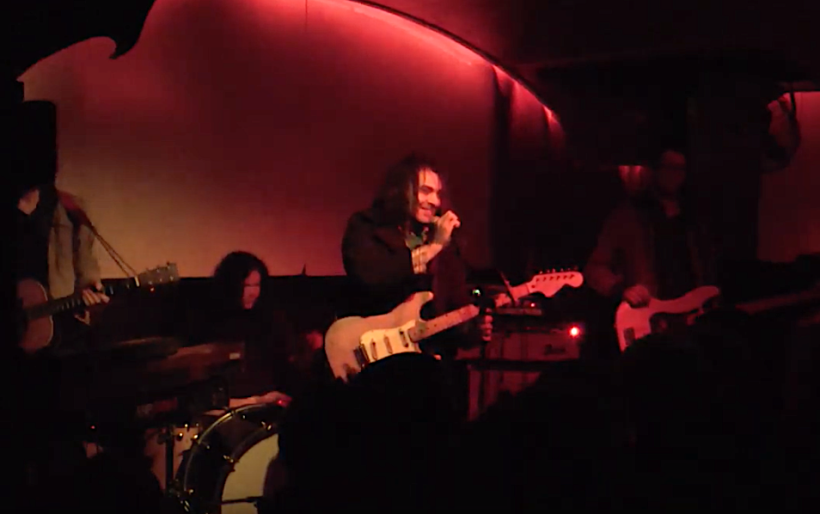 The War on Drugs | still from video

December is traditionally a great month for Philly rock band The War on Drugs.

It’s the month that, early on in their career, I saw the band casually take the Johnny Brenda’s stage with their buddy Kurt Vile joining in on guitar. It’s the month they played back to back hometown gigs to ring in 2013.

Last year, in the wake of their massively successful A Deeper Understanding run, the band launched A Drug-Cember To Remember, a hometown series of intimate concerts to benefit the Fund for the School District of Philadelphia. Those shows return this December, and though the opening night at Union Transfer is sold out, tickets still remain for the December 30th gig at The Fillmore Philly.

And, back on December 9th of 2010, it’s the month that the band released its Future Weather EP, and took it to one of the smallest Philly stages they’ve ever performed on — the cozy archway nook of Kung Fu Necktie.

Future Weather is an interesting chapter in the War on Drugs catalog: landing just about a year ahead of the band’s stellar Slave Ambient LP, it includes that album’s biggest hit — “Baby Missiles” as well as alternate versions of some of its other songs, such as an acoustic rendition of “Brothers.”

This video of the entire release concert shows the band in remarkably casual mode, with singer-guitarist Adam Granduceil grinning and chatting it up with friends and fans in attendance. But instrumentally, they’re on point in a big way, mixing up the set between Future Weather selections (“Comin’ Through” is stellar) and favorites from the band’s 2008 debut Wagonwheel Blues (“Buenos Aires Beach” sounds glorious as always, while the epic jam of “Show Me The Coast” dovetails into an epic jam of “A Needle In Your Eye #16” shutting the set down).

Watch below, and get tickets and more information on The War on Drugs’ Drug-Cember to Remember show here.