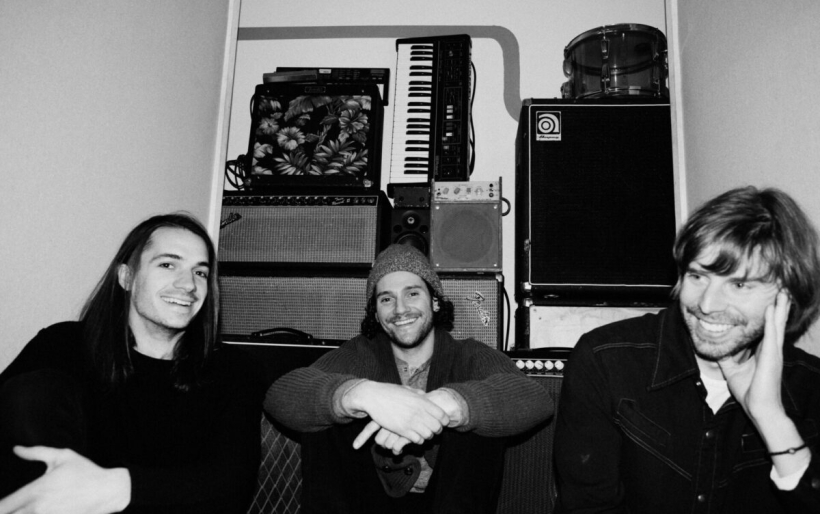 Before they release their new album Almost Forever next year, Cheerleader shared a third single, “Everyone’s Wearing Skin.” The Philly dream pop band has been on hiatus for a bit, but returned strong with new tunes this summer and fall. Almost Forever will be the follow-up to Cheerleader’s 2015 debut album The Sunshine of Your Youth, and is out February 7 on Bright Antenna Records.

After taking time off from the band to recover from mental and physical exhaustion, singer-songwriter Joseph Haller began writing and demoing new songs, but didn’t necessarily expect them to become Cheerleader songs. But he soon realized that he was “working toward the sonic rebirth of the band,” according to a press release. Cheerleader recorded the 11-track LP in LA with producer Chris Coady. “Everyone’s Wearing Skin” is accompanied by a trippy video that reflects the band’s new psychedelic direction.

“Iwrote this foundation for song over a decade ago when I was living in Willimantic, CT,” Haller shared via email. “I was obsessed with the idea of writing songs with really simplistic/loop-based structure and chord changes at the time. The bridge was written more recently, which I think gave the lyrics a sort of retrospective feeling. The song isn’t necessarily about one thing in particular — compulsive behaviors, privacy, unrealistic expectations. Those are some of the themes. It’s definitely one of our favorites to play live!”