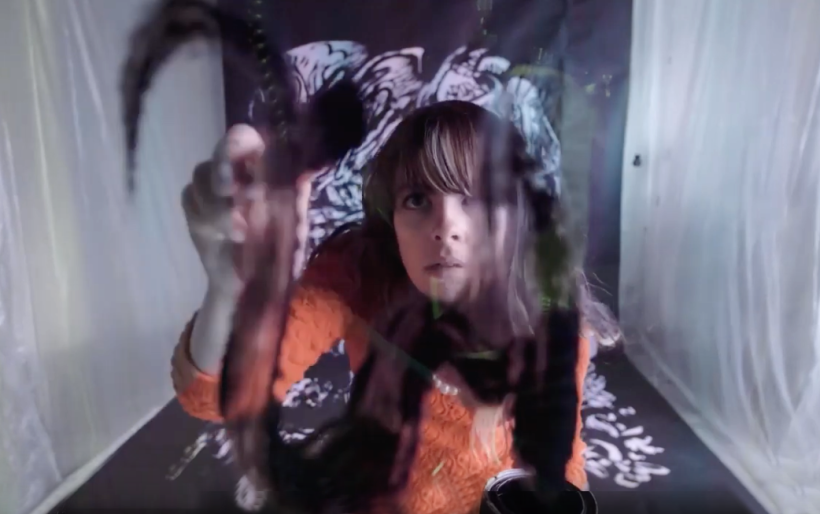 Frances Quinlan is immersed in art in her “Rare Thing” video

We’re counting down the days here at The Key (50 days, in case you were wondering) until Hop Along lead singer and songwriter Frances Quinlan releases her debut solo album.

Likewise is out January 31st on Saddle Creek Records, and it’s shaping up to be a multi-faceted look at this Philly artist. The two singles we’ve heard mix the guitar riffage her band is known for with keyboard tones and textures that are a relatively new addition to her palette. Speaking of palettes, Quinlan is bringing her visual art background into the project in a big way — from the self-portrait on the album cover to the new video for “Rare Thing.”

Though Quinlan’s background as a painter has manifested itself in her band’s work in the past (previous album covers, as well as the video for “Poweful Man,” are all the products of her hand) this video shows not only her artwork, but her process.

Shot by filmmaker Derrick Belcham in his Brooklyn studio, the “Rare Thing” video shows Quinlan dancing and singing surrounded by dropcloths and a roll of paper upon which she creates an intricate large-scale design; as the video progresses (and several wardrobe changes occur), it turns meta, with Quinlan watching footage of herself painting through an old CRT television, and painting overtop that.

It’s an illuminating immersion into the creative process, set to a song that celebrates the purity of love. Watch it below, and get more information about Likewiseover at Saddle Creek Records.