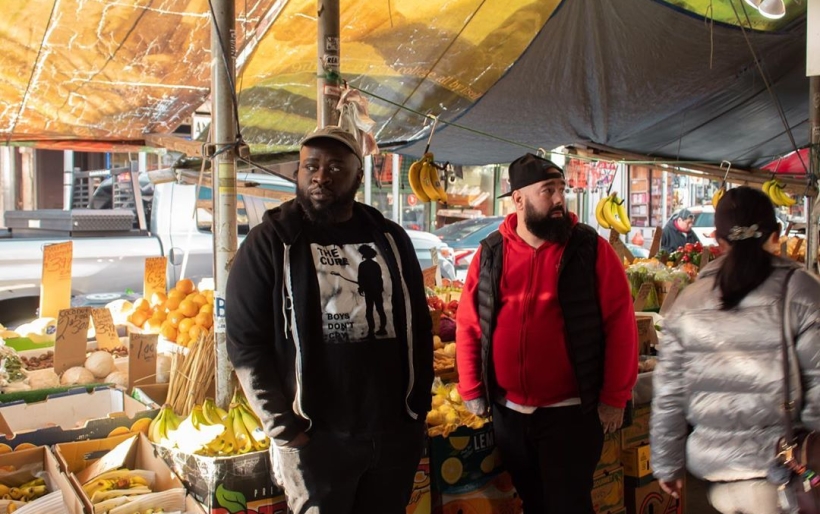 Key contributing writer John Morrison, host of WXPN’s Culture Cypher Radio, is shifting things into high gear with one of his other pursuits: the Serious Rap Shit podcast, our favorite way to catch up on new rap releases, music news, and current events.

SRS recently announced a partnership with iHeartMedia, which is going to put their “news, views, and unsolicited opinions” in front of a much bigger audience — and they’ve already built up a dedicated community of listeners on their own.

The first iHeart episode debuts next Tuesday, December 17th, and to celebrate the deal — as well as the end of the year, and its spectrum of warm and fuzzy holidays — John and Josh are throwing a party this Saturday night at Callowhill event space Radio Kismet.

The plan is a screening of the Philadelphia-shot, Christmas-adjacent 80s comedy Trading Places starring Dan Aykroyd and Eddie Murphy, followed by a discussion of the film. More information can be found at Facebook. Not familiar with SRS? You’ve got some catching up to do before December 17th; listen and subscribe on Soundcloud below.