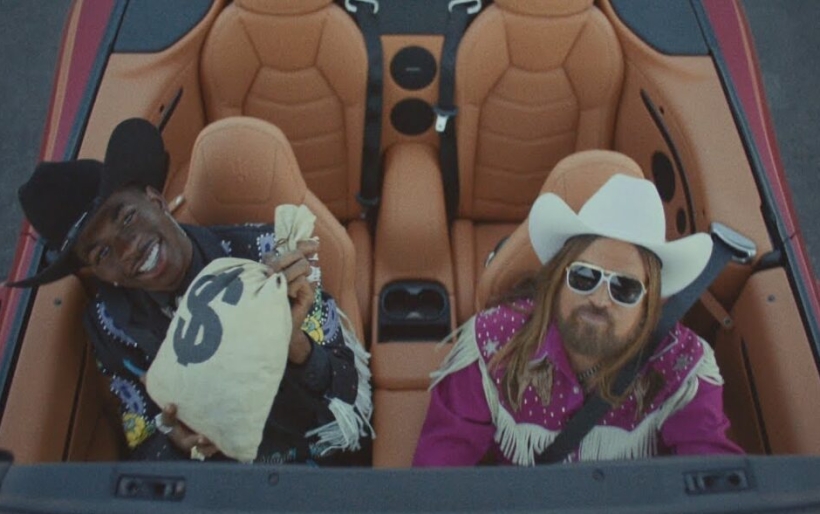 Year-End Mania is the Key’s annual survey of the things below the surface that made 2019 incredible. In this edition, writer Maureen Walsh recaps an assortment of artists who stepped back in to the spotlight thanks to a guest spot on a song.

Towards the end of 2019, singer Billie Eilish was mocked for not knowing who Van Halen is.  While many saw this as proof that the kids these days have no respect for their elders and whatnot, another school of thought was: “Why would an 18-year-old know or care about the ‘Hot For Teacher’ band in the year 2019?”

The go-to decade to cull from for musicians young and not-so-young is the 90’s. It’s right before the 20-somethings were born but also evokes childhood nostalgia for the 30-somethings.  On that note, here are five tracks this year feature a collaboration between an act of “the now” bringing in a musician or group we haven’t heard from in a while.

1. “Hatshepsut” – Rapsody/Queen Latifah – Three quarters of the way into Rapsody’s track “Hatshepsut,” comes the familiar “U-N-I-T-Yyyyyy” sung by none other than Queen Latifah herself. Latifah has recorded very little music in the past decade and has been focused on her acting career.  However, her flow and wordplay remains intact on “Hatshepsut,” and instead of criticizing the rappers of today, she acknowledges and applauds them “So all hail the queens and the next ones to arrive.” After hearing this song, you will be anxiously waiting the long overdue follow up to  Persona.

2. “Just Like You” — Bedouin Soundclash / Cree Summer – Back in 1999, actress Cree Summer released the very underrated album “Street Faerie.” I’m glad I’m not the only one that remembered how awesome that album was. Bedouin Soundclash and the co-producer of their latest album, King Britt, recruited Summer to help out on the track “Just Like You.” Her voice blends beautifully with Soundclash singer Jay Malinowski to sing a plaintive song about getting over a breakup. Soundclash themselves have not released an album in about 9 years before Mass and it’s a welcome return for both.

3. “I Never Cried So Much In My Whole Life” – Cub Sport / Darren Haynes – Possibly the sweetest song written about a pet ever, “I Never Cried So Much In My Whole Life,” is about lead singer and songwriter Tim Nelson’s dog, Eve. There was no one better to join in this celebration of dog companionship than fellow Aussie and dog-lover Darren Hayes. The former lead singer of Savage Garden lent his vocals to the track after meeting the band during their US tour. Cub Sport and Hayes share a penchant for romanticism and expressing pure joy so hearing them collaborate is like musical warm fuzzies.

4. “Flowers” –  DJ Spoony / Sugababes – Sugababes was the UK’s best kept secret in the early 2000’s. Their hits “Overload,” “Soul Sound,” and “Round and Round,” were a fresh respite from the Max Martin factory of pop hits we had in the U.S. Not to mention, their personnel changes were stuff of legend. Seeing the original line-up of Sugababes on Graham Norton backed by DJ Spoony and a string section made me very happy. The ladies still have it and their new cover of Sweet Female Attitude’s “Flowers” has me very excited for a new album.

5. “Old Town Road” – Lil Nas X / Billy Ray Cyrus – This past year saw the most discussed country song in quite some time. Billboard would not recognize Lil Nas X’s very country “Old Town Road,” as a song that fit the genre (*insert sarcastic gee I wonder why emoji here*). Then in a surprising turn of events, Billy Ray Cyrus (who himself was at one time a victim of Billboard nit-pickery) offered to appear as a featured vocalist for a remix of the catchy tune to add some “country credibility” to the track. While the remix didn’t change Billboard’s mind, it did take the already ubiquitous song to new heights and resulted in a surreal video featuring everyone from Cyrus to Vince Staples to Diplo.