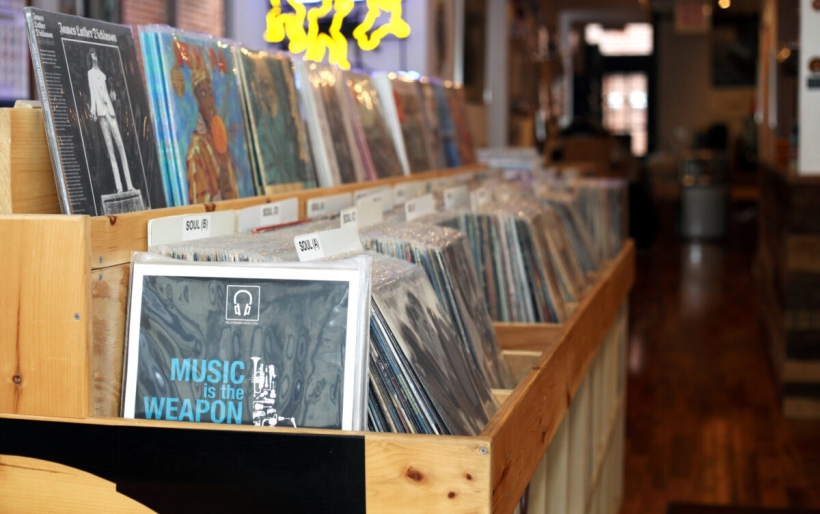 Year-End Mania is the Key’s annual survey of the things below the surface that made 2019 incredible. In this edition, Key writer and host of XPN’s Culture Cypher Radio John Morrison celebrates five Philly parties celebrating vinyl.

In the later part of this decade, the popularity of the vinyl record format has increased dramatically. Known for producing some of the best DJs in the world, Philadelphia has always maintained a healthy legion of dedicated wax slingers. Music fans can hit venues like The Trestle Inn, Johnny Brenda’s, The International Bar and more on any given night and catch DJs playing vinyl. Throughout the city, there are a wealth of fun events where music lovers can catch the finest Philly DJs spinning their own choice selections. Here are a few of the city’s best parties celebrating vinyl.

More than anything else, Vinyl Tap is a community of music lovers. Initially launched in 2017, Vinyl Tap is still going strong at Brewerytown Beats record store and various pop up locations around the city. Founded by DJ DuiJi 13 and held down by regulars like Blaak The 9th Man and Particle Ray, Vinyl Tap’s list of past featured DJs includes Michael The Lion, Mike Nyce, Lil Dave and more. An open-turntables event, both novice and experienced DJs are welcome to bring records, sign up and play.

An experienced DJ and knowledgeable music head, Philly’s own Steve Ferrell is known for bringing audiences a wealth Funk and Soul vinyl gems. Complete with Bald Birds’ local brews on deck, Ferrell’s Vinyl Night party at Bald Birds Brewing in Manayunk will definitely “add a little groove to your Thursdays.”

Founded by musician/record collector Wes Schwartz of Grimace Federation, Wax Paper Records Pop-up is the city’s finest record convention. Throughout the afternoon, some of Philly’s best DJs play tunes while a room full of vendors selling records that range from sought-after rarities to dollar bin gems. At the Waxpaper Records Pop-Up music appreciators can come and find a wealth of music including Psychedelic Rock, Hip Hop, Jazz, Funk, Soul and beyond.