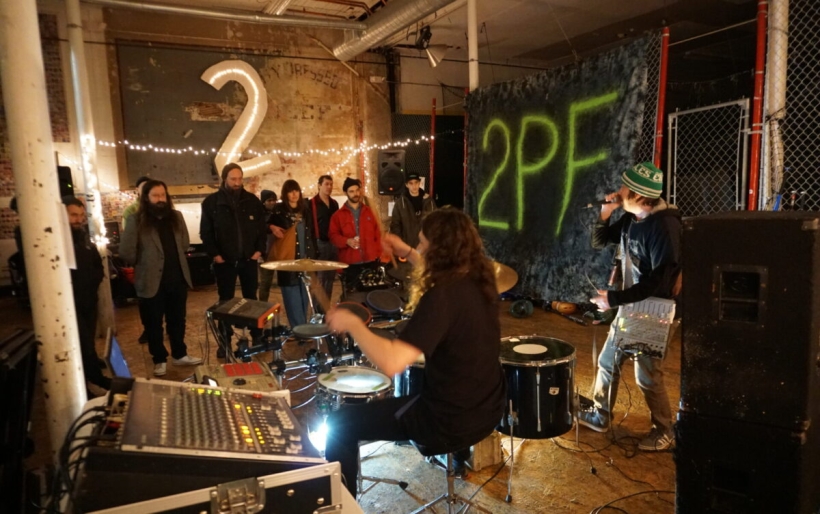 There’s a certain charm to the new year, especially in Philadelphia. Optimism is not something that comes easy in this city so the idea that this year is going to be our year – even if that runs out a week into January – is honestly a bit refreshing. Of course it never lasts but I’d honestly be a bit confused if it did. Something is always going to wrong, it’s true. Venues will close, bands will break up, people will die. But within that morass something amazing and life-affirming might just happen and really that’s why we keep on coming out.

And really, does it get more amazing and life-affirming than David Bowie? Sure the famed singer might have transcended this planet for a spot in the eternal cosmos back in 2016 but that doesn’t mean he’s really gone. The Philly Loves Bowie Week is very much proof of that with events celebrating not just the man and his music but really his continuing impact on culture.

This isn’t just a ploy to get you to come out to a bunch of cool events – be sure to read our full preview over here – there actually is a tangible connection between Bowie and Philadelphia going all the way back to 1974 when he came to Sigma Sound Studios to record the Young Americans album. The fans that hung out all day and night in front of 212 North 12th Street came to be known as the Sigma Kids and it’s under their direction that this event first came about in January of 2017.

So remember what I said about venues closing? Well, last month Everybody Hits shut down after the building owner sold the batting cages to developers. Not only did this kill yet another DIY space — technically speaking spaces, since it seems like the second floor, which was at one point called Girard Hall but had gone through a number of iterations, was back in business as of pretty recently — but it’s just another move to chew up and homogenize even more of our city. Don’t worry, I’m sure all the hybrids parked outside of whatever monstrosity they build there will sport KEEP PHILADELPHIA WEIRD stickers.

That evening is another, different kind of memorial, with local musicians and fans getting together at World Cafe Live to remember the great David Berman from the bands Silver Jews and Purple Mountains. The show, which is being held on what would have been Berman’s 53rd birthday, was organized by Speedy Ortiz and will feature them along with members of Hop Along, Radiator Hospital, Tigers Jaw, and more. Berman was supposed to play at WCL before his sudden death in August and so it’s fitting that it will be held there. Come out Philly, this is going to be special.

Also that night at Vox it’s Rainbow Crimes – who last month I named on a list of the best new bands in Philadelphia – along with Camp Candle and Manners Manners. Over at The Khyber it’s the Bruise Bath record release show with Carl & Lenny and Sun Organ. I’d be remiss if I didn’t wish Josh Agran, most recently a bartender and the main booker at the newly restarted Old City venue, good luck in his relocation to Los Angeles. Josh has been a mainstay in the Philly scene since he was a teenager playing in bands including Paint It Black, Pet Milk, Knives Out, and literally a million more and he will be dearly missed. But our loss is LA’s gain and I’m excited to hear about everything he gets up to out there.

Monday there’s a double dose of Bowie Week: you can start the day with a Velvet Goldmine donut from Federal Donuts, a benefit for the Cancer Center at CHOP. It’s described as “white chocolate glaze with blue sanding sugar, red sprinkles, and an edible gold flake stripe,” which all sounds, and looks, amazing. That night at The Roxy there’s a screening of the 2018 documentary about the aforementioned Sigma Kids.

Let’s take a quick detour from the calendar to talk about something related to all this Bowie stuff: the importance of preserving history, especially when it comes to art and music. After all, if those Bowie superfans hadn’t held on to all the cultural detritus of the time, all those exhibits – like the one at the National Liberty Museum all this month – the documentaries, and so on would be basically the same pictures and albums you see everywhere else. Not only would that not be fun, it wouldn’t be interesting.

This is even more true when it comes to things that don’t exist on a mass level. Here in Philadelphia punk musician and amateur archivist Chuck Meehan, who we profiled a couple years ago, has relaunched his Mace Canister Recordings project and is once again recording bands around town to put up on his Bandcamp. In addition to the set he just put up by the truly wonderful Fragment, a West Philly-based peace punk band from a couple years back, Chuck has also promised never-before-heard music from a number of early local acts. I can’t wait!

On Wednesday the 8th Skeleton Key favorites The Invasive Species are playing a show at Century with Beer Breakfast Dungeness Crab – yes, a band named after the West Philly corner store and deli from a few years back – Signs of Aging, and The Brood. I’m excited for this one not just cause it’s a cool mixed bill full of old friends doing new things but also cause this year The Brood are finally going to put out an album, something all of us have been clamoring for since they added Bill Chamberlain (The Pist, Behind Enemy Lines, Mankind?, and countless other bands from the New Haven and Pittsburgh pantheons) on second guitar about a year and a half ago. They were a good band before and they’re a great band now and I can’t wait to see what they do next.

On the other side of town a certain DJ Frances (maybe you know her from the surprise set she played at Johnny Brenda’s last week?) is spinning records at The International. Down the block at JB’s there’s Bowie karaoke led by the inimitable Sara Sherr, who a week later is having her 50th birthday party and roast with the return of the Dumpsta Players over at Bob & Barbara’s.

The next night is the first of the 2020 Lame-O Records takeovers at Boot & Saddle. Remember this from last year? It’s a series of shows curated by the nerds at the label and featuring some bands on Lame-O, including Cherry and Slaughter Beach, Dog, and a whole bunch of their friends. That evening it’s the aforementioned Cherry with Petal and Strangepride. Check out the full schedule, including that humdinger of a gig with the Menzingers, over here. That’s certainly the smallest room that band has played since the Golden Tea days, which is wild.

Also on Thursday the people who brought you @seltzerflavors on Instagram – who we included in a year-end list of “top Instagram accounts to browse while you’re waiting for the gig to start” – and the Secret Seltzer Society are throwing an art opening party at Tinys Bottle Shop in Port Richmond. Come for the bubbles, stay to hear a DJ set by WPRB’s Jon Solomon, fresh off his 25 hour long Christmas marathon a couple weeks back. Speaking of the marathon, shout out to Spiritualina and Half Man Half Cookie for being two of the best contributions from Philly bands to the annual event.

On Friday you have a solid choice to make: the perfect poppy folk duo Olden Yolk with experimental big band Modern Nature at B&S, the very funny sounding – but also quite good – lineup of Acne, Pit Hair, Abi Ooze, and Big Pearl upstairs at the Barbary, live band karaoke with Pat Finnerty at JB’s, or any of the awesome basement shows happening in West Philly.

The 11th is no different with by my count four excellent shows all happening at the same time. Decisions, decisions! Out at Collingswood Music it’s Brother JT from the Original Sins playing with the brand new Mick Cancer & The Leftovers (members of Sic Kidz, The Ladytron, Jukebox Zeros) and The Koosmans, an acoustic garage rock duo of Franny Koosman from Sugar Town mainstay KeN and Rudy who was in Tons Of Nuns and a few other bands of the era. I haven’t been to any of the shows at the shop but I’d like to make it to this one. Thankfully it’s walking distance from the PATCO station so none of us have an excuse to miss this. I mean, unless you’re going to one of the other shows that night.

At Brickbat Books off South Street psych guitarist Chris Forsyth is performing alongside clarinetist Patrick Holmes and up at the Discovery Center in Fairmount Park it’s the first of the Sonic Sunsets series of 2020, this one with Jupiter Blue (DM Hotep and Tara Middleton) and Borbs, “an open ensemble of people trying to be birds.” Also at Union Transfer it’s A Night of Stardust, the final show of the Philly Loves Bowie Week.

That Tuesday party like it’s 2005 with dance pop act YACHT and rap-rocker Juiceboxxx at Johnny Brenda’s. I haven’t kept up with either of those two in years but I do know that it’ll be a very fun time and you should probably come out. Come right back there the next night for queer punk band The Muslims and “distorted country music outfit” Loamlands, who are on tour together from Durham, North Carolina. Opening that one is Pinkwash, who this year might finally put out that album they’ve been promising forever. Fingers crossed!

The final date on my calendar for this half of the month is the first-of-the-year Warp Factor 9, the classical and avant series held in the friendly confines of the Suzuki Piano Academy on 47th and Baltimore ever third Thursday of the month. This one features a duo of series curator the pianist Erica Corbo with saxophonist Dave Fishkin (West Philly Orchestra, Gun Muffs, David Fantasy & Adult Content) and an operatic performance from Heath Allen.

Alright! That is it. As always feel free to send all tips and hot gossip to me via Twitter at @talkofthetizzy. I will see all of you in the basement or on Mars or wherever it is our paths might cross.