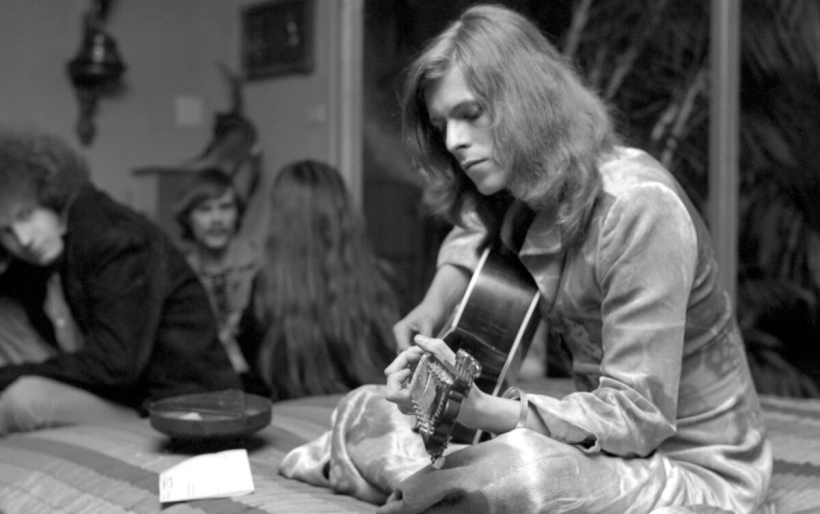 David Bowie would have been 73 today. To mark the occasion, Parlophone Records just released a previously unheard stripped-down version of “The Man Who Sold The World.” The song will appear on Is It Any Wonder?, a six-track EP of rare and unreleased Bowie recordings that the label will roll out over the next six weeks.

“The Man Who Sold The World” originally appeared as the title track of Bowie’s third record in 1970. Bowie recorded newly released version of the song in New York in late 1996 while rehearsing for his 50th birthday concert at Madison Square Garden. The recording session, called ChangesNowBowie, was broadcast on the BBC to celebrate the Starman’s milestone birthday on January 8, 1997.

During that session, Bowie commented on “The Man Who Sold The World,” 27 years after writing the song.

“I guess I wrote it because there was a part of myself that I was looking for. Maybe now that I feel more comfortable with the way that I live my life and my mental state [laughs] and my spiritual state whatever, maybe I feel there’s some kind of unity now. That song for me always exemplified kind of how you feel when you’re young, when you know that there’s a piece of yourself that you haven’t really put together yet. You have this great searching, this great need to find out who you really are.”

“The Man Who Sold The World” will also appear on the nine-track ChangesNowBowie LP, which will be released as a limited edition for Record Store Day on April 18. Read more at davidbowie.com.