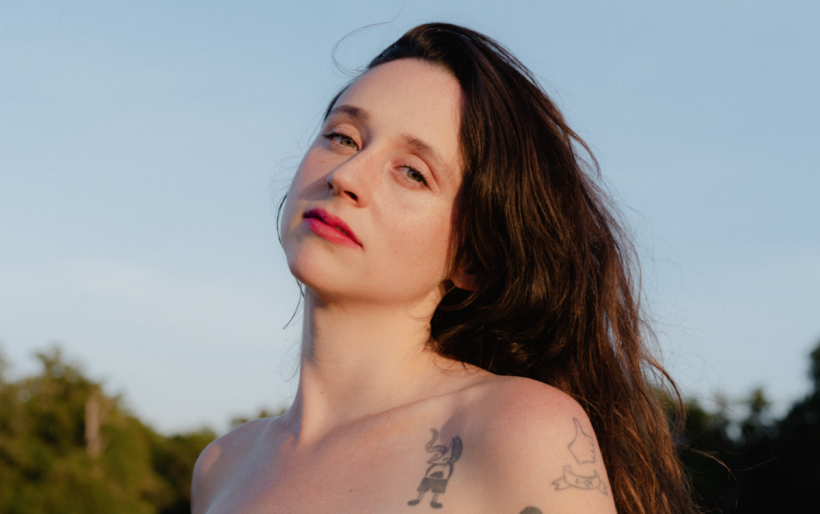 Waxahatchee‘s Katie Crutchfield returned to her home state of Alabama after the release of her epic 2017 album Out In The Storm, and the return to her roots also sees her embracing a rootsier songwriting style. This spring, Waxahatchee will release Saint Cloud, their fifth album and third for Merge Records, and the lead single “Fire” shows Crutchfield easing down the pace, uplifting the twangy country instrumentation, and definitively stepping away from her basement show roots, firmly embracing her status as a leader of the new generation of singer-songwriters.

Of course, Crutchfield’s love of country music is nothing new. During a Key Studio Session recorded during her time living in Philly, she covered “Dark Moon,” a 1957 song written by Ned Miller and popularized by Loretta Lynn an Elvis Presley. She has also covered Lucinda Williams with her friend Sam Cook-Parrott of Radiator Hospital and her sister Allison.

So will Saint Cloud be her Car Wheels on a Gravel Road? Time will tell on that, but for now, the beautiful and contemplative “Fire” is paired with a video of Crutchfield singing while strolling the expanse of the Memphis & Arkansas Bridge at sundown — a place and time of day where she says in a press release the song came to her, while watching the sun reflecting off the Mississippi River “which literally made West Memphis glow.”

The song’s written by me, to myself. It’s about the internal dialogue of shame surrounding mistakes you’ve made in the past and how we spiral and beat ourselves up when we slip. It’s meant to be a bit of a personal pep talk. If I can love myself unconditionally, then I can move through the world a little easier. If I can accept that I only have a partial view of the universe, and that I can’t know everything or control much of anything, then I can breathe a little easier, take better care of myself, and be closer to my own truth.

Watch the “Fire” video below. Saint Cloud is out March 27th on Merge Records, and can be pre-ordered here. Waxahatchee’s 2020 tour brings her to Union Transfer on April 14th. Tickets and more information can be found at the XPN Concert Calendar.