Big Nothing confronts mortality, joyfully, in the new "Hook" - WXPN 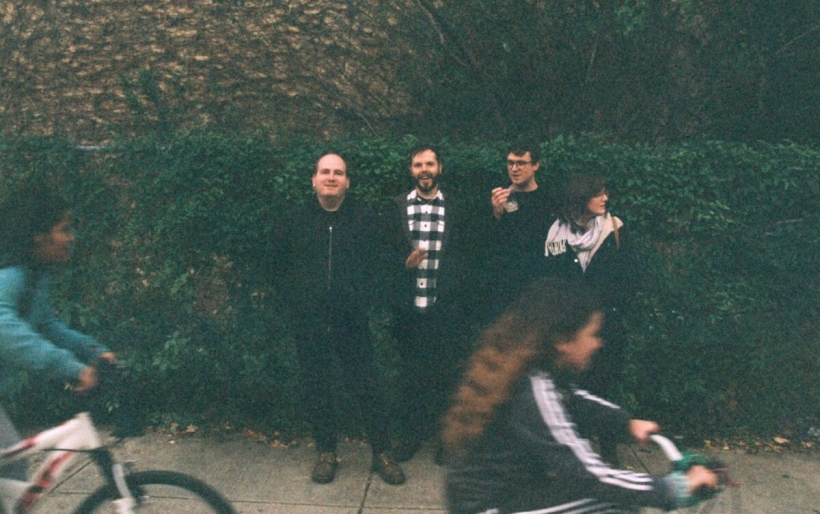 Big Nothing | photo by Gabrielle Eisenhower | courtesy of the artist

Big Nothing confronts mortality, joyfully, in the new “Hook”

Philly’s Big Nothing is spending this winter tying up loose ends with a handful of one-off singles. We heard the outer-directed “Monday Morning” earlier this month, where the band tries to empathize with the lives and struggles of complete strangers. Today, they go inward on a brand new single called “Hook.”

Singer-guitarist Pat Graham calls hook “a harmony driven banger” that “sonically resembles Teenage Fanclub on a coffee binge,” and he isn’t wrong. The song was written by his bandmate Matt Quinn during the studio sessions for Chris, the stellar debut LP Big Nothing released last year, and though it’s sonically uplifting, it dives into some heavy subjects: crises of faith, fear of the unknown, and coming to grips with our mortality.

Quinn’s lyrics allude to death quite a bit, singing how we all end up in the ground no matter what. But given that bleak reality, that same end that we’re all making our way towards one way or the other, what’s the point of doing anything? It’s a question Quinn and his bandmates Graham and Liz Parsons spends the song pondering in their soaring vocals: “if you see something that I don’t see / please give me the reason that I need to believe.” Ultimately, Big Nothing’s answer seems to be living your best life for you and you only, since you can’t take anything with you when you go. And it’s a conclusion that brings with it a measure of joy; confused as we might be, why not spend our brief time in this strange world chasing happiness?

Take a listen below. Big Nothing plays a Home Outgrown show at The Meadow in West Philly tomorrow, January 31st, with Taking Meds, Short Fictions, and Bug Love. More information can be found at the gig’s Facebook event page.