Bleary Eyed finds its way through an emotional fog on "Ooh, I Made it Back Home Again" - WXPN 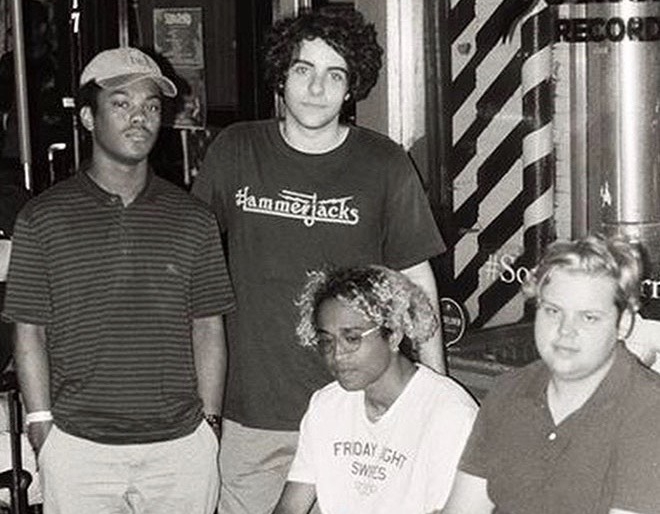 Bleary Eyed | photo by Sam Ahern | courtesy of the artist

Bleary Eyed finds its way through an emotional fog on “Ooh, I Made it Back Home Again”

Atmospheric Philly rock band Bleary Eyed has been on tour this winter supporting its new release, Spectre Run, and has a sort of homecoming gig lined up next week at Ortlieb’s.

Primarily the project of singer, songwriter, and multi-instrumentalist Nathaniel Salfi, the band is fleshed out on record and on the stage by various other players, including drummer Ben Verbeck, guitarist Jared Johnson, and bassist Ben Kaunitz. Like Elvis Depressedly and (Sandy) Alex G, the band uses textured guitars and synth tones to create an uncertain atmosphere, but also a comforting and exhilarating one — a space for introspection that also proves inviting for those on the outside.

This is best exemplified with “Ooh, I Made It Back Home Again,” where a languid kick-snare drumbeat mixes with spectral synthesizer modulations, slick guitar leads, and radiant vocal harmonies. Salfi tells us the fuzzy song is “lyrically about being in long standing relationships, changing, and being in and out of a good headspace throughout the process,” and as the song progresses, you get a sense of both its “stuck in my head” lyrics, as well as the light at the other side of the fog.

Have a listen below, and check out the full Spectre Run EP here, via Bandcamp. The band plays with Douse, Slow Crush, and Grivo on Wednesday, February 5th at Ortlieb’s; tickets and more information can be found at the XPN Concert Calendar.