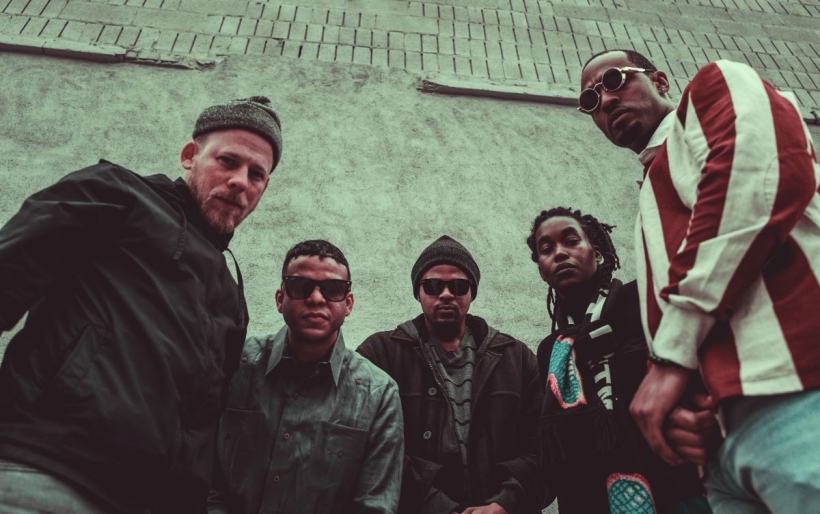 Irreversible Entanglements | photo by Bob Sweeney | courtesy of the artist

The album will release on March 20th as a collaboration between independent labels International Anthem and Don Giovanni Records, and can be pre-ordered here.

The song repeats meditatively in a manner reminiscent of the mid-80s Last Poets jam “Oh My People,” with Ayewa’s poetry entering around the three minute mark, pondering the infinite possibilites that open up when isolation is rejected: “No longer will we allow them to divide and conquer, divide and oppress, define our humanity.”

The song comes with a music video by Imani Nikyah Dennison shot in Johannesburg, South Africa. It’s built around Afrofuturist visuals — a dancer in a cosmonaut suit, grooving and moving and signifying a path to liberation that’s found by escaping planet Earth — as well as archival footage that depicts protests and resistance as well as the warmth and love of black communities.

Watch “No Más” below, and check out the album art for Who Sent You? as well as its track listing and Irreversible Entanglements’ tour dates. Prior to announcing the album, the band released the stunning non-album track “Homeless / Global,” which you can listen to here.