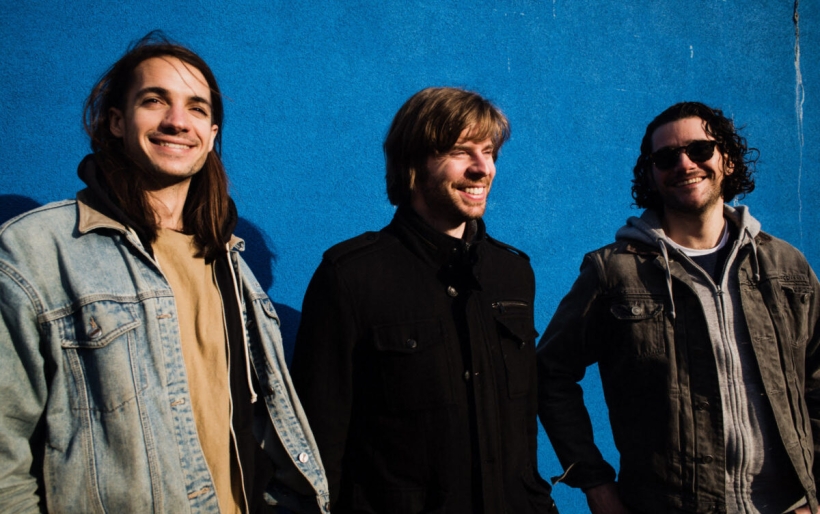 Cheerleader | photo by Shawn Brackbill | courtesy of the artist

Three years in the making, Cheerleader‘s new record Almost Forever is out in the world today. After breaking out onto the local scene in the mid 20-teens with bold and infectiously poppy modern rock, the band took some time to build a dynamic and highly introspective set music of songs this time, with sonic high highs and low lows reflecting the emotional ones. It’s an element of their music that was always there, but is more defined and refined this time around. With the record out now via Bright Antenna Records and a free release party happening tomorrow night at Ortlieb’s, the band’s lead singer and songwriter Joe Haller took us through Almost Forever one song at a time.

“Flight Tonight” – This was one of the earliest completed songs post-Sunshine (our first record). At that point, I wasn’t even writing songs for Cheerleader and thought the band might be done, but in the end, it wound up setting the tone and direction for the entire album.

“Domestica” – Even as a demo, this song always felt “big.” Lyrically, I was playing with the idea that sometimes what we want isn’t always what’s best for us and I think the song captures the mood well.

“Everyone’s Wearing Skin” – A few parts of this song were written back when I was undergrad at UConn but I didn’t record the demo until we were in full-on writing mode for this album. I was pretty surprised how well this song fit given its long gestation.

“Non-Stop Flight” – People tell me that of all the songs on the album, this song reminds them the most of early Cheerleader. It’s definitely one of the faster songs on the new album, though it’s way weirder and rougher than anything I would have attempted on Sunshine.

“Chimera” – A driving, synth-driven track dripping with reverb and delay, this song is a bit of an outlier on Almost Forever. It’s also probably my personal favorite on the record.

“Back On Board” – The addition of the French horn started as a bit of a joke between Chris Coady (the producer) and I. But after we heard it, we both decided it was pretty perfect.

“Bang, Bang” – This track was heavily inspired by the glam rock of the late 70s and was the first song we released from the record. We all thought it was a good signal to everyone of where we were heading on Almost Forever.

“Things We Regret” – This song was a VERY late addition to the album, as in almost didn’t get taken into the studio at all. One of those strange situations where the demo wasn’t quite finished but we rolled the dice. I’m glad we did.

“Providence” – One of the more aggressive and darker songs on the album, it’s pretty much the antithesis of early Cheerleader. But I like that this side of the band exists.

“Who Knows When” – We actually ran out of time at the studio in California and thought we might have to leave this spacey, psych jam off the album. Fortunately, we were able to track overdubs in Philly at Josh’s Thanks Mom studios. Trippy.

“All That’s Left” – We always knew this would be closer. I sing the final line of the album over a guitar melody that is a reprise from the opening track : “I really should be going now, I really should go…”

Cheerleader is throwing an album release party at Ortlieb’s on Saturday, February 8th to celebrate the release of Almost Forever. More information can be found at Facebook.