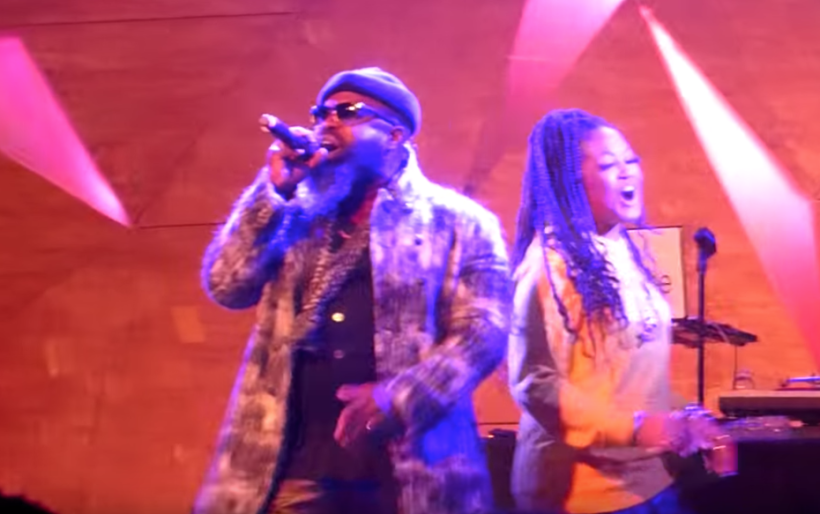 North Carolina rap visionary Rapsody launched her A Black Woman Created This tour last week with an outstanding concert at The Foundry of The Fillmore Philadelphia. A couple nights later, a little bit of Philly joined her onstage during the tour’s stop in New York.

Onstage at the Brookklyn club Elsewhere on February 6th, Rapsody was in the middle of a performance of “Oprah” from her acclaimed 2019 album Eve, when murmurs of excitement could be heard bubbling up from the crowd, shifting into full-on cheers when Tariq “Black Thought” Trotter of The Roots entered from sidestage decked out in a a fur coat and shades, taking the microphone and getting to work.

“I pulled up out the side room just to let you know it’s time to turn up the volume,” Thought raps, launching into an a cappella freestyle that boasts references to Cypress Hill, Miloš Forman’s Man on the Moon, Lancaster’s Amish community, and standout bars where he spits about “impeaching MCs just like Trump” and rhymes “coronavirus” with “Miley Cyrus.” Rap, for her part, is loving every second of it.

Watch below. Though Rapsody just played Philly and has no return gig announced at the moment, we’re getting very close to that time where the Roots Picnic lineup gets announced. Fingers cross that she’s in the mix again this year!