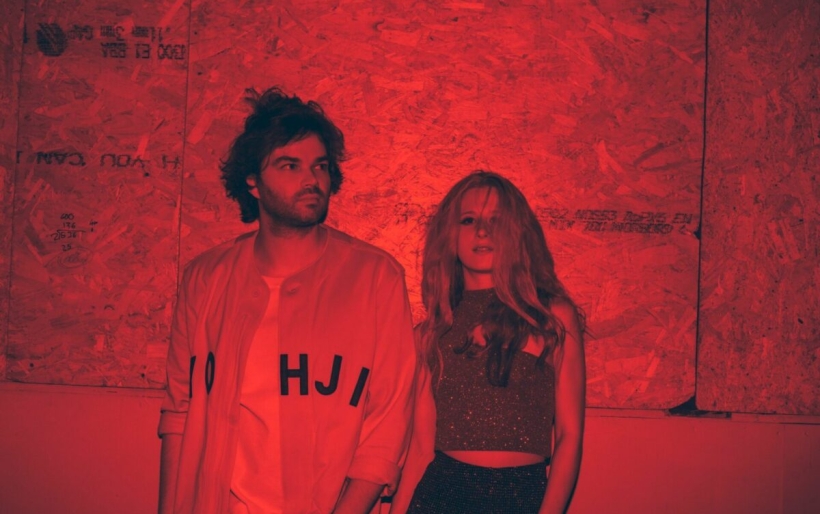 Philly-born electronic pop duo Marian Hill is releasing a new project this year, and a tour in support of it brings them back to their hometown for a gig at World Cafe Live in May.

The project of singer Samantha Gongol and producer Jeremy Lloyd, Marian Hill launched in 2014 with a string of bubbling, jazz-tinged singles, and Lloyd sees their latest material as a return to those early days. As he tells Earmilk, the new single “Was It Not” “pulls deeply from the jazz influences we started from – it sounds like a dark, smokey club and the vocal slices through that texture like butter.” They may have followed their path through future bass vibes and deeply textured hip-hop tones, particularly on their 2018 sophomore record Unusual, but the building blocks of their sound have never gone away, especially with contributions from sax player Steve Davis always providing an anchor.

Lloyd tells Earmilk that the new song is a reflection on relationships and memory:

“It’s about considering a relationship from long ago – remembering how we were so in love, and that person was everything to us, only now when we think about that one time…was that moment them? Or are we mixing it up with another fragment from our past? It’s about feeling a yearning for what once was, but only for a second, because you remember why you left it in the past, and who you are now. It lives in a strange emotional in-between and we love it. A lot.”

Marian Hill is heading on a short, two week tour in support of the Was It Not EP, out March 18th, and includes a May 7th stop at World Cafe Live in Philly. Tickets and more information can be found at the XPN Concert Calendar. Check out the tour dates and watch the “Was It Not” music video below.