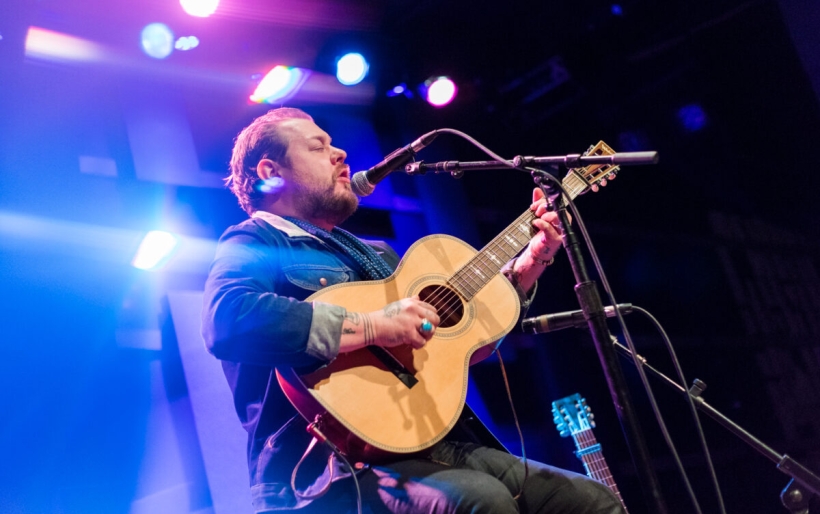 “This is closer to me,” said Nathaniel Rateliff, introducing his solo set at today’s Free at Noon, “than that other rowdy character.” Most of the audience was probably more familiar with the full-band act Rateliff was referencing than with him as a solo performer — he’s played and recorded for the last half-decade with his band the Night Sweats, and has become known and loved for that big, soulful sound.

But well before he started making hits like “S.O.B.” with the Night Sweats, Rateliff started out as an acoustic singer-songwriter, and released his first two albums and two EPs in that vein. Inspired by a tough period in his life that included a divorce, the death of his friend and producer Richard Swift, and his own struggles with sobriety, Rateliff returned to his earlier sound for his new solo album, And It’s Still Alright, which comes out today on Stax Records.

Appearing alone onstage with just an acoustic guitar, Rateliff re-introduced the sold-out crowd to his softer side, playing a selection of the album’s emotionally forthright tracks. Quiet and reflective, Rateliff’s melodies are downright pretty, and flashes of levity and moments of hope help offset the heaviness of the content. Though they’re not what we’re used to hearing at a Nathaniel Rateliff show, songs like “Expecting to Lose,” “What A Drag,” and “Time Stands” resonate easily with audiences, and let us experience the catharsis Rateliff felt writing them. Check out photos from today’s set below.