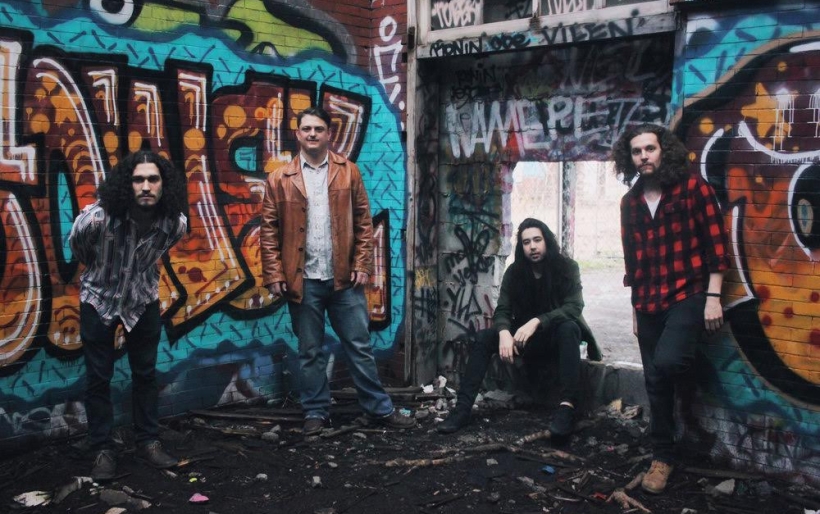 American Dinosaur | photo by Rob McCandless | courtesy of the artist

Skate across Philadelphia with American Dinosaur in the new “Joshua” video

Skate videos always blow my mind. There’s a sheer amount of trial and error it must take for a skateboarder to pull off a badass stunt, and for the cameraperson to flawlessly capture it. During my time at Temple, the Cecil B. Moore subway plaza was a huge hub for campus skaters, and my grounds crew job had me hanging out on its periphery quite often, marveling at what was going on. Build up speed, go go go, wipe out. Kick upwards in an attempt to balance on the edge a bench, wipe out. Rush at the railing, wipe out. Wipe out wipe out wipe out. Ride the straightaway across the plaza, up the impromptu ramp made with a board and cinderblocks, successfully launch into the air, nail the landing. 10/10. Wipe out.

I don’t know how many attempts it took American Dinosaur‘s cast to pull off the skate-centric new video for “Joshua,” or how many bruises were accumulated along the way, but watching this footage by filmmaker Andy Belcher cut to a three-minute fuzzy rock song, the experience appears flawless. Layer in its storyline of a hard-partying rock and roll skateboarder, following as they wake up at mid-day, spend the afternoon at FDR park, the evening at a gig, and the rest of their waking hours at an after-party, not stumbling a moment — not even when psychedelic substances are involved — and this person’s skill is all the more impressive.

The band tells us that the lead skateboarder, Todd, is a friend of American Dinosaur drummer Lukas Gelleri‎; they met while working at Silk City Diner, and Todd enlisted his friend Glo to take part as well. “They were both immediately interested to show off their skateboarding in our video once we ran the idea by them,” says the band’s Rob McCandless. “Todd immediately became the embodiment of the Joshua character.”

Watch the video below. American Dinosaur’s next gig is February 27th at Johnny Brenda’s with Honeytiger and Kirby Sybert. Tickets and more information can be found at the XPN Concert Calendar.