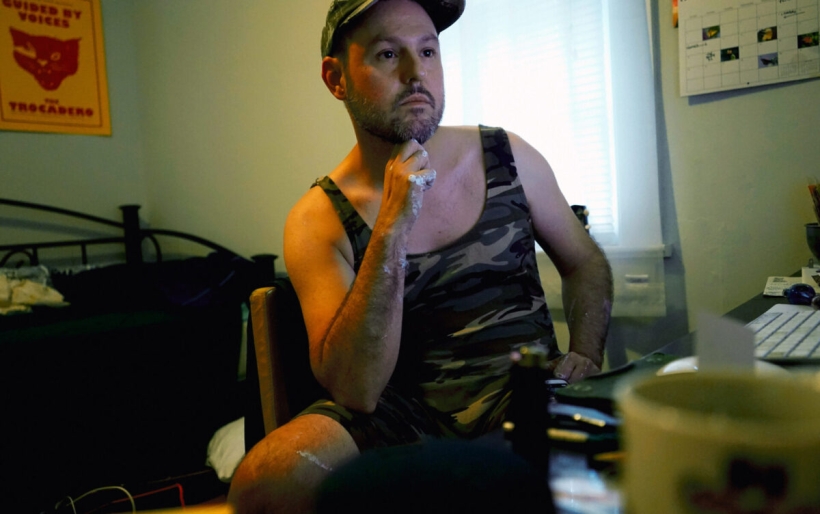 Brian Mietz stares down his own personal Raditude era “Glue”

South Jersey’s Brian Mietz is a familiar face around the regional indie rock scene. Last summer, he released a dazzling power pop record under the name Cabana Wear. Other projects he’s been part of include the breezy indiepop outfit The Not Fur Longs, and the emo-leaning It’s A King Thing. He’s also a key player in each year’s Arbor Christmas Pageant. This year, for the first time, Mietz is releasing a record under his own name.

Panzarotti is out next month, and derives its name from the calzone-esque comfort food found in corner delis in the small towns dotting the PATCo High Speed Line. In a way, it’s musical comfort food, packed to the brim with crunching guitars and rocking tempos propelling songs reminiscent of Nerf Herder, Harvey Danger, and Weezer. As Mietz tells us over email, the new song “Glue” from Panzarotti is particularly inspired by that last band.

“Glue” is one of the oldest songs on the record. The song is about not liking new Weezer albums. It was written during Rattitude era Weezer.  The lyrics are full of Weezer references. That’s the buddy and the holly on that song. I won’t be mad at Rivers Cuomo if he hears it and turns it off 20 seconds in and says he likes old Brian Mietz better.

Take a listen below. Panzarotti is available March 2nd via tape label Sludge People, and can be pre-ordered here.