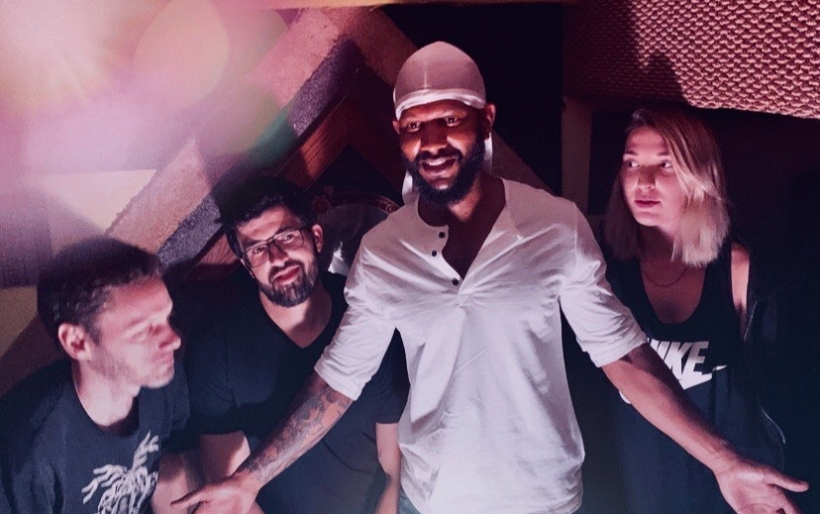 RedTouchBlack | photo by Roger Segal | courtesy of the artist

Philly hard rock four-piece Redtouchblack popped on our radar at the top of this year when they shared a sold out bill at Boot & Saddle with Full Bush and Queen Vice. The South Philly four-piece only had one single out at that point — the fuzzy and ferocious “Long Legs,” which moves at a doom-y pace reminiscent of Helms Alee and Envy — their new single “Scorched Earth” finds them ramping their sound up with classic heavy psychedelic rock tones in the spirit of Black Sabbath as much as Black Mountain.

The song is a stunner, and incorporates sunbursts of beauty and melody into its cloudy heavyness, with lead singer and guitarist Adam Geer trading off vocals with singer and keyboardist Shannon Lafferty. Geer likens the direction of the new single to Jimi Hendrix’s Band of Gypsys, with bits of 90s / 00s influence from Radiohead, Sleep, and Pixies.

Redtouchblack formed in early 2019 when Geer and drummer Adam Phaneuf, who previously played together in Reverend Mantis, linked with bassist Forrest Wright of Midwestern Exposure, and Lafferty, who has been a solo artist in the local scene since the late-00s.

The band recorded the new single at Studio 1935 with Peter Rydberg, while “Long Legs” was recorded at Retro City Studios with Andy Clarke. Redtouchblack is currently working on its debut EP, with its next show at Ortlieb’s on March 6th with Carly Brand and Doused. Tickets and more information can be found at the XPN Concert Calendar.