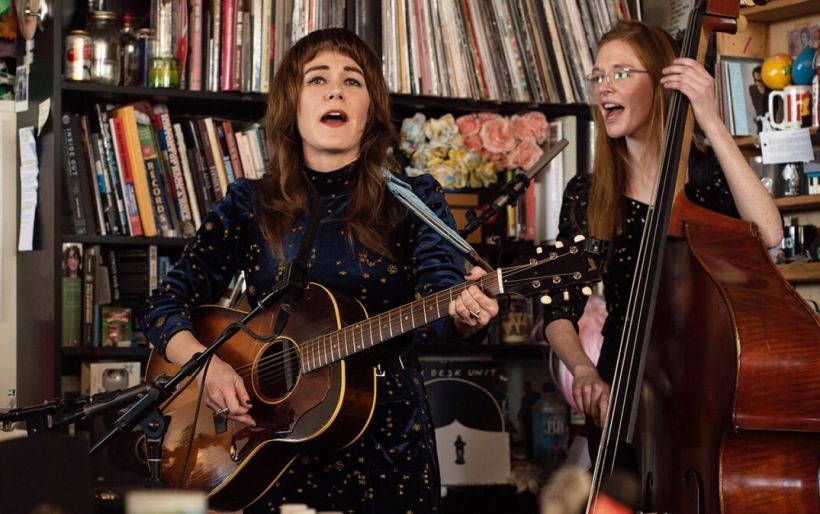 It’s been almost a year since Jenny Lewis released her last album On the Line, and in a few months she’ll head out on tour with Harry Styles. But in the meantime, Lewis stopped by NPR Music to play a Tiny Desk Concert, performing stripped-down versions of three songs for the intimate crowd.

Lewis opened with two songs from On the Line, leading the audience in a sing-along during “Rabbit Hole” (“we whipped that up in the elevator,” she joked), and followed it with “Do Si Do.” She closed out the set with “Just One Of The Guys,” a favorite off of her 2014 album The Voyager, admitting that she may have ripped off the Hot Pockets theme song while writing it.

Performing as an acoustic trio with Emily Elbert on guitar and Anna Butterss on upright bass, Lewis allowed the bare bones of each song to shine through. NPR’s Bob Boilen notes the contrast to the “Las Vegas sparkle” of her usual concerts, and writes that, “Stripped of all the glitz, it was the words that found their way to my heart.”

Jenny Lewis will play the Wells Fargo Center on June 26 as part of Harry Styles’ Love On Tour. Find tickets and more information on the XPN Concert Calendar.