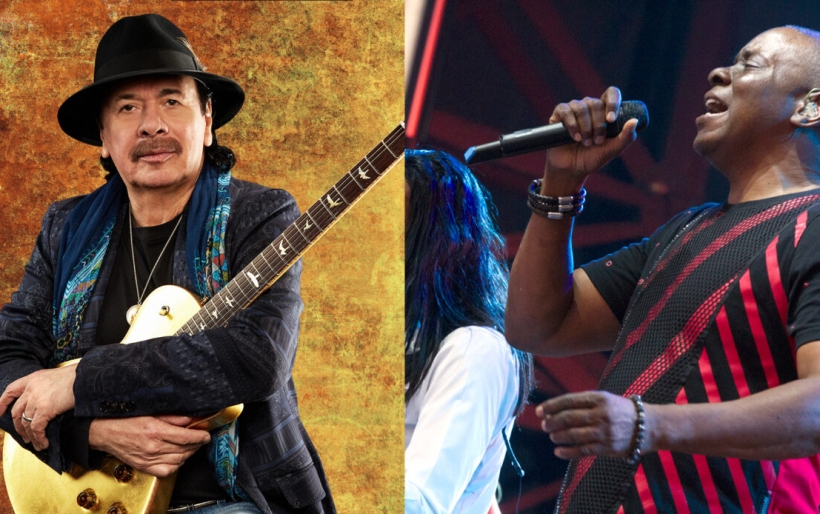 Two icons of the 60s and 70s will join forces together this summer for a U.S. tour; progressive psychedelic rock outfit Santana, and disco funk party rock ensemble Earth, Wind, & Fire. The tour, which kicks off in June in Chula Vista, California, makes its way across the country, including an August 20th date at the BB&T Pavilion in Camden.

Founded by guitarist Carlos Santana in 1966 and going through a rotating cast of players over the ensuing 54 years, Santana found itself simultaneously looking back and looking ahead last year, celebrating the 50th anniversary of their breakout performance at Woodstock while also releasing their 25th studio album, Africa Speaks. Carlos spoke to World Cafe’s Stephen Kallao about both things in an interview last summer.

Earth Wind & Fire has also remained active since their formation in 1969, with lead singer Philip Bailey, bassist Verdine White, and drummer Ralph Johnson continuing to lead their sprawling ensemble of backing players. Their most recent record was 2014’s Holiday.

Tickets for the Camden show go on sale this Friday, February 28th, at 10 a.m., and more information can be found at the XPN Concert Calendar. Full tour dates can be found below.