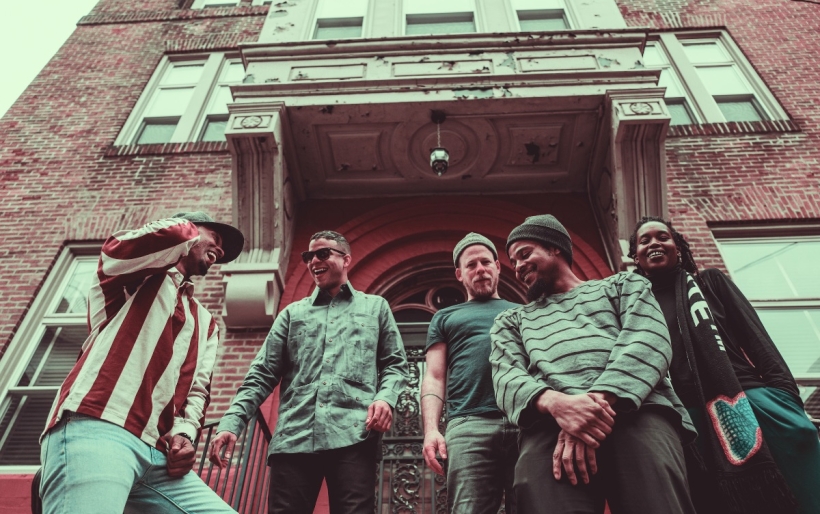 Irreversible Entanglements | photo by Bob Sweeney | courtesy of the artist

In just a few months, the east coast free jazz combo Irreversible Entanglements — which features Philadelphians Keir Neuringer on saxophone and Camae Ayewa of Moor Mother on vocals — will release its next LP, Who Sent You?

Following up on the riveting “No Más,” the band released the murky and mysterious album closer “Bread Out Of Stone” this week. The minimally arranged song is centered around a steady cowbell plunk and a meditative bass riff, with wandering percussive fills surrounding it. Bobbing in and out of the musical flow, Ayewa’s words meditate on tradition, time, fear, and unrest.

Who Sent You? comes out March 20th as a joint release between Don Giovanni and International Anthem, and can be pre-ordered here. The band celebrates its release in Chicago on March 31st at Chicago’s Co-Prosperity Sphere, with two festival dates following in the spring. Listen to “Bread Out Of Stone” and check out those dates down below.