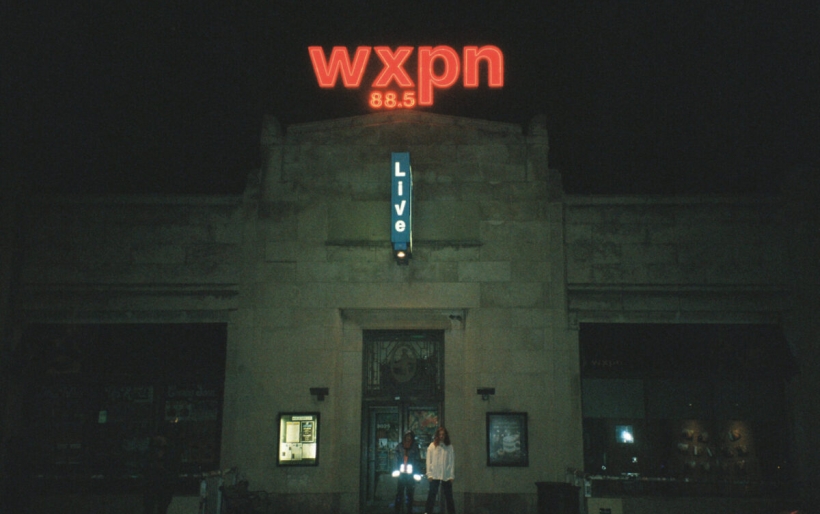 With a blend of hard funk and heartfelt soul, poppy Philly duo Rubber can party-rock with the best of them, but they can also get heavy and introspective when the situation calls for it. In a recent guest DJ set on WXPN, they showcased not just their own range, but that of their peers and friends operating in similar musical circles.

Tomorrow, the band releases their second EP in six months, Buggy Bumpers, and they play a stacked lineup at The Barbary in Fishtown to celebrate. Leading up to the concert, founding members Andrew Loper and John Della Franco took to the FM airwaves to join me on the XPN Local Show for a conversation and some hand picked jams.

We chatted about their new project, as well as the auspicious linguistic origins of its name, and we also talked about how they came to release two projects in such quick succession. Andrew and John also enthused at length about their peers who will share the stage with them at The Barbary — singer-songwriters Taylor Kelly, Suzanne Sheer, and CJ Mills — playing a song from each of them, as well as spotlighting some of their overall Philly faves.

Listen to their guest DJ set below, and get tickets and more information on Rubber’s Buggy Bumpers release party at the XPN Concert Calendar.