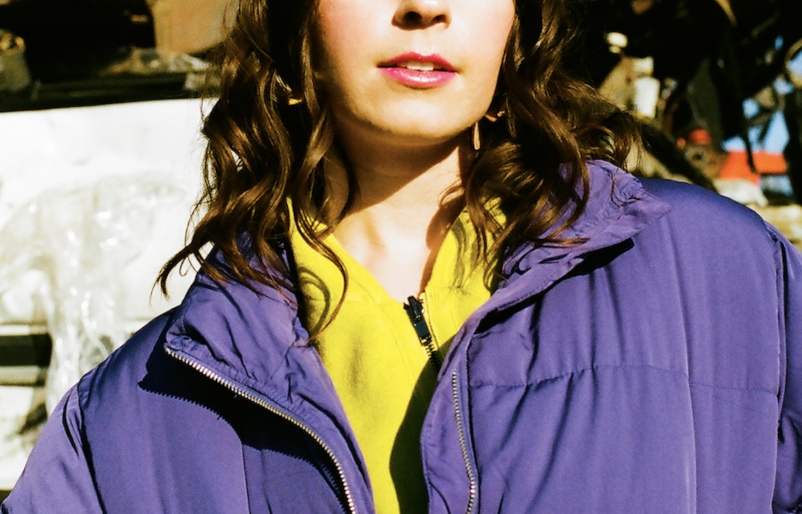 Anna Shoemaker | photo by Pooneh Ghana | courtesy of the artist

Brooklyn singer-songwriter and guitarist Anna Shoemaker has returned with a new six song EP, Everything Is Embarrassing, a follow-up to her 2018 indie-pop debut, East Side.

Raised in Chestnut Hill, Shoemaker is a graduate of the University of Colorado at Boulder, She first gained attention for her acoustic cover/mashup of “Bitch Don’t Kill My Vibe” by Kendrick Lamar, “Cocoa Butter Kisses” by Chance the Rapper and Drake’s “Girls Love Beyonce.”

Shoemaker sits in a continuum of pop leaning singers like Halsey and T Swift, however her songs sound equally as comfortable next to pop gems like “Say My Name,” by Destiny’s Child. She’s cited Joni Mitchell, Macy Gray, and Lucinda Williams as artists she grew up listening to, and her songs are confessional, introspective R&B flavored pop tunes heavy on the melodic hooks.

About the EP, Anna says “After living in Brooklyn for about a year, I felt a little more grounded in my writing and had really found my sound. I recorded the first 5 songs with JT Daly, down in Nashville. Coming home, I went thru a really bad breakup and I felt like everything I had semi figured out was all twisted up again. I was back at square one— that’s when I wrote “Someone” with Will Baker at his studio in Brooklyn. I knew that song had to be on the EP. It’s a true bookend to a chapter in my life that contained a lot of heartbreak. I guess if I’ve learned one thing from writing ‘Everything Is Embarrassing’ it’s that the more you grow and learn, the less clear everything becomes. Life is just about navigating and becoming comfortable with the uncomfortable.”

Joining the already-released “Funny,” and “If You’re Going (I’ll Go)” are four more tunes that showcase Shoemaker’s penchant for making vibey, beat-driven jams like “Figure It Out,” the chilled out beauty “I Need Ya,” and the sultry and delicately stirred “Someone.”

Below, watch Anna and her band perform three songs from a recent Paste studio session, and stream Everything Is Embarrassing.