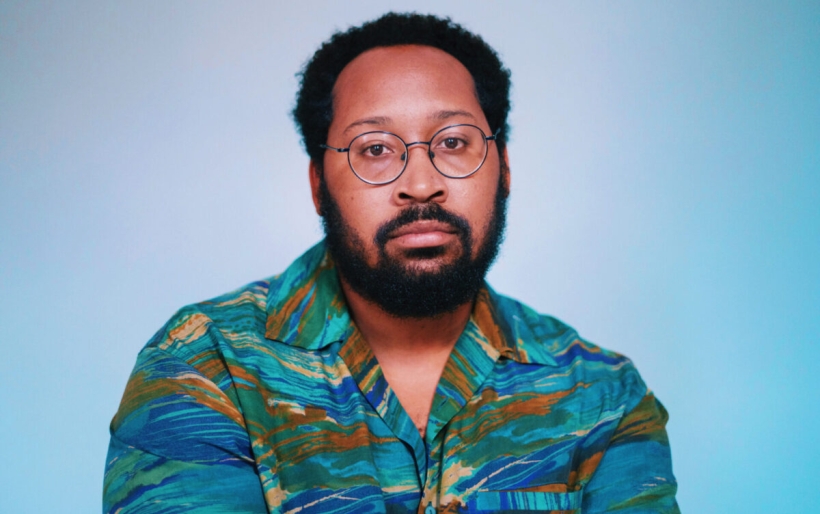 Bartees Strange | photo by Bao Ngo | courtesy of the artist

On his upcoming debut EP Say Goodbye To Pretty Boy, Bartees Strange reimagines songs by indie rock giants The National in his own emo and electronic influenced style. Ahead of the EP’s release on March 13, Bartees shared his interpretation of The National’s “Lemonworld,” from their 2010 album High Violet.

According to a press release, the EP is “both a heartfelt homage and a political act of critique,” inspired by Bartees’ observation of The National’s overwhelmingly white audience while attending one of their shows last year. Bartees was compelled to record versions of the band’s songs that highlight why he loves them, but also point out how black artists are overlooked in traditionally white spaces like indie rock.

Bartees Strange was born in the UK and grew up in Oklahoma before moving to Brooklyn to pursue music. He now lives in DC, where he also works at an environmental nonprofit. Say Goodbye To Pretty Boy will be followed by a full-length record later this year.

Say Goodbye To Pretty Boy comes out March 13. Pre-order the EP via Bandcamp. Bartees Strange will play Kung Fu Necktie on May 8. Find more information on the XPN Concert Calendar.