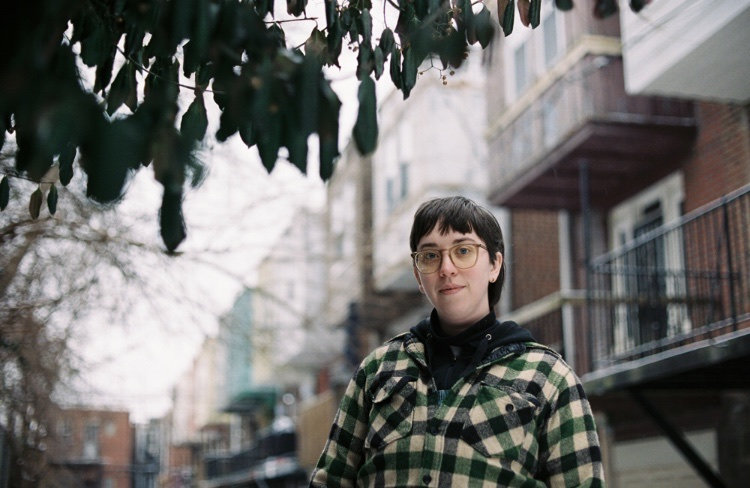 Sarah M. | photo by Alex Udowenko | courtesy of the artist

Sarah M. released their new EP Highway 9 last month on Bandcamp, but that was only the first half of the new project. An accompanying visual album, out now, complements the EP’s three somber and delicate tracks as Sarah M. tells each song’s distinct story through both music and film.

The Philly singer-songwriter, who has also played in the local punk band Fake Boyfriend, released their first collection of sparse solo material in 2015. Highway 9 sees Sarah M. moving into a fuller sound, with lush strings adding to the folkish, storytelling songs. The EP was recorded and mixed by Jake Detwiler, and Sarah M. is joined by Bill Magerr on guitar, Peter Gill on pedal steel, and Matt Fox on viola.

The visual EP was shot by director Suzi Sadler and assistant director Alexandra Velasco. Filmed on location in North Carolina, it opens on a blue-gray sky as trees and power lines float by, a fitting backdrop for the gentle opening track “y’don’t spit in the wind.” Shadowy vignettes follow, interpreting “it might explain but it’s no excuse,” a nostalgic song that details the songwriter’s journey of self-reflection. The EP closes with “a blue sky over the Sinclair;” ethereal dancers matching the sense of optimism as Sarah M. sings about “rollin on through that big sky.”

Watch below and find the digital EP here.