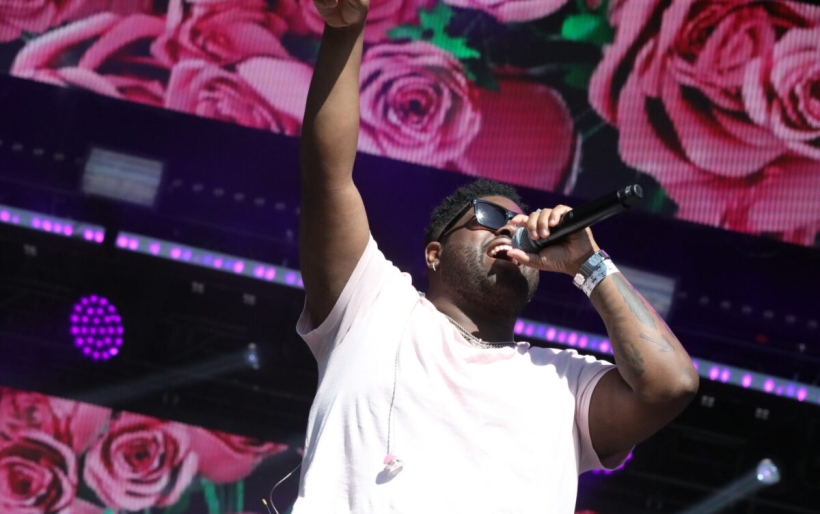 Between high-end music video productions and dynamic performances like last year’s Made in America set, Philly smooth R&B crooner Pink Sweat$ has seriously built up his profile in recent years.

While he’s got an irreverence to his persona, he also is full of sincerity and sweeping romance, not unlike another golden-voiced Philadelphian, Musiq Soulchild. Following up on his EP releases Volume 1 (from 2018) and Volume 2 (from last year), Pink Sweat$ drops his debut album later this year via Atlantic, and this week shared a tender music video for its lead single “17.”

Pink (offstage name: David Bowden) uses the power ballad to reflect on the complete and utter devotion that a solid couple feels for one another. Check the opening bars: “I would need a million words / if I tried to define all the things you mean to me / for you I’d die a thousand lives.” Heavy, and in the Courtney Leo and Dave Karp directed video, Pink plays opposite Kiaran Kelly to play the most devoted of couples, intercutting shots at their wedding with tender moments showing them with grey hair and unfashionable sweaters; “I want to love you as strong when we’re 92, the same as 17,” he sings.

In the video commentary, Pink offers a bit more reflection:

17 is a song about love in its purest form, in its most vulnerable form. It’s about expressing to someone that you don’t want to be a moment in their life, you want to be a part of the long run. You want to step in and never step out. You want to laugh and remember all of the good days, all the bad days. You want to go through the storms and paradise with this person.

Watch below, and believe in the power of love. Though Pink Sweat$ doesn’t have any hometown gigs at present, he’ll appear at Coachella next month, followed by Boston Calling in May and Governor’s Ball in June. Details can be found at his website.