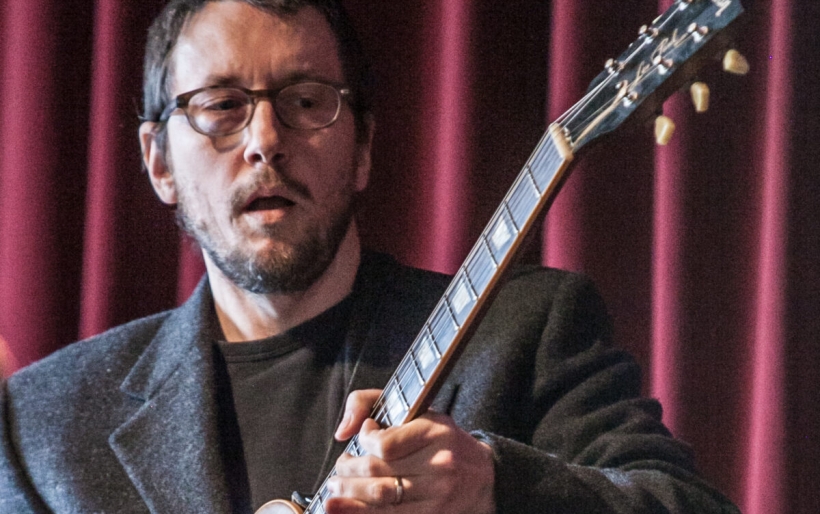 You can tell that 25 O’Clock’s Dan Drago is a huge fan of live music; whenever he has somebody from the Philly concert-promoting industry on his podcast, the conversation is so wide-reaching that it’s divided over two episodes.

It happened in 2017 with then-Johnny Brenda’s talent buyer Chris Ward, and it happens again this month with Jesse Lundy, who has been a vital part of the Philadelphia region’s concert industry for nearly 25 years, from booking storied Bryn Mawr listening room The Point, to programming Philadelphia Folk Festival for many years, and returning to his roots more recently with The Locks at Sona.

In the first episode, Lundy discusses his early exposure to music — going to high school in Lower Merion, studying journalism at college in Maine, seeing Mötörhead in Philly as a kid, and getting his first industry job working in marketing for Larry Magid’s Electric Factory Concerts, and subsequently watching Rage Against The Machine from side stage at the Electric Factory.

Along the way, he talks extensively about the history of live music in Philadelphia — something he knows intimately, and actually taught at Drexel in the early 20-teens — and shares perspective on how to make a career in the industry a lifelong thing, something that comes with some degree of accepting the sleaziness the industry can often contain.

The episode wraps around a conversation about booking The Point, something Lundy calls his favorite part of his career thus far. He shares stories about booking Norah Jones at the tiny venue before she blew up, and about having The Avett Brothers open for Amy Helm’s Olabelle project.

The second part of the conversation picks up with the closing of The Point in 2005, which ushered Lundy into a more freewheeling phase of his career — rather than confining his bookings to a single room, he stretched out with a range of spaces: the Philadelphia Weekly‘s summer concert series in Rittenhouse Square, Philly Folk Fest, The Colonial Theatre, and more.

Lundy reminisces about big gigs as part of that run, like having Dr. Dog play a free concert in Rittenhouse to celebrate the release of their album Fate and fielding requests to “make the stage twice as big.” He talks about how a folk conference panel with The Be Good Tanyas made him realize that Philadelphia Folk Festival might be ready for some indie / folk crossover, which led to him bringing The Decembersists and Espers to Old Pool Farm. (The psych-folk Fishtownians Espers landed in 2008, and made a pretty far-out closing set alongside Judy Collins, but he remembers “John Vettese was excited,” and indeed I was.)

Drago and Lundy conclude the conversation talking about how the necessity of going with the flow of growth, evolution, and changes in audience across the board — Folk Fest to XPN to live music in Philly in general.