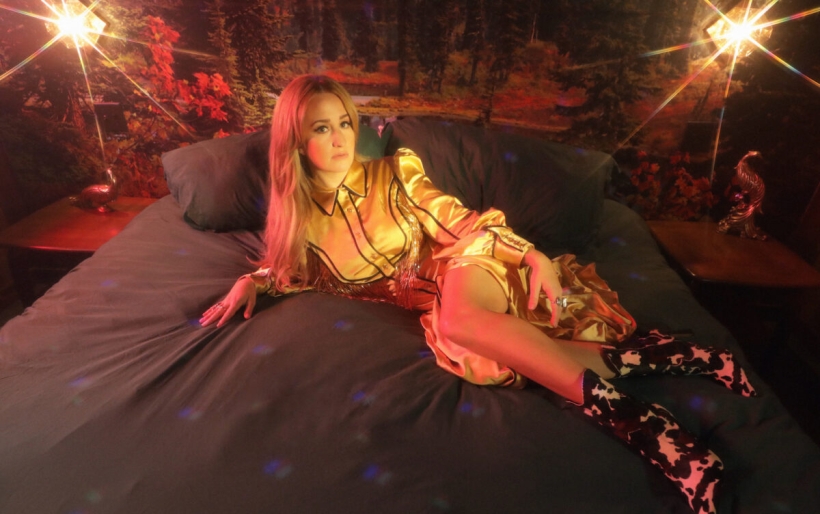 Margo Price | photo by Bobbi Rich | courtesy of the artist

Margo Price has announced her forthcoming third album, That’s How Rumors Get Started, which will be out on May 8 via Loma Vista Recordings. Produced by her friend, country star Sturgill Simpson, the album tackles themes of motherhood, stardom, and growth, alongside healthcare, and gentrification in her city of Nashville.

Price shared the first new song from the album, “Stone Me,” in January, and is back with another single, “Twinkle Twinkle.” The song was inspired by a backstage conversation she had with Marty Stuart about life as a touring musician, and serves as “a stinging indictment of nostalgia and the illusory nature of success,” according to a press release. It’s accompanied by a kaleidoscopic video directed by Matthew Siskin.

That’s How Rumors Get Started will be the follow-up to Price’s 2017 album All American Made. It was recorded at Los Angeles’ EastWest Studios while Price was pregnant with her daughter, Ramona. “They’re both a creation process,” Price shares. “And I was being really good to my body and my mind during that time. I had a lot of clarity from sobriety.”

Margo Price opens for The Head and The Heart at The Met on June 2. Find tickets and more information on the XPN Concert Calendar.