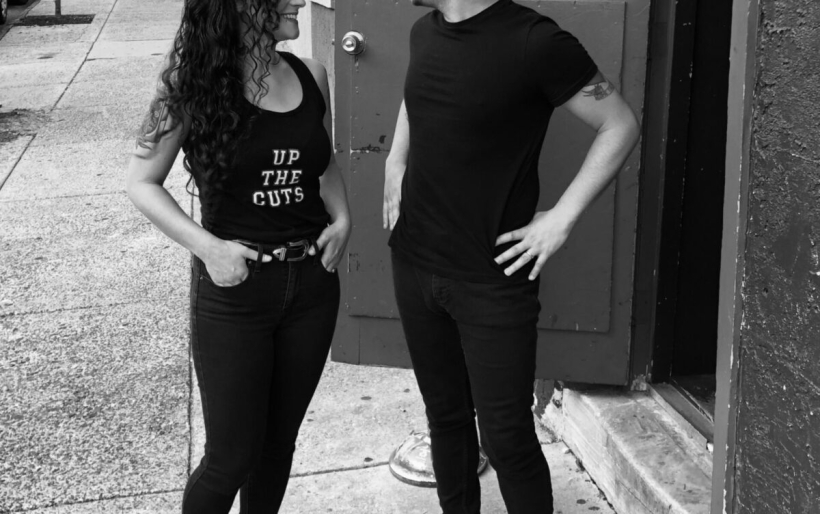 via email from Jamie

Made up of singer / guitarist Jamie Salvatore, bassist Morgan Russo, drummer Graham Travaglini, and guitarist Carly Bondra, the band debuted in 2018 with a self-titled record, and has become known for its honest, earnest songs that straddle that line where punk and roots meet: think Gaslight Anthem, Dave Hause, and Bruce Springsteen.

In the new video, directed by Jackie Pursell, we see Salvatore and Russo performing the stripped-down song in candid black and white in their bedroom. It’s “the most personal space,” Slavatore says. “We felt super vulnerable while recording it and we wanted to convey that visually the best we could.”

Lyrically, the song is a reflection of the things we leave behind as we move through life. Salvatore tells us:

“As you get older, it seems as though you start collecting ghosts. Ghosts of loved ones, your childhood home, the town you grew up in and maybe even just a time where you felt alive. ‘Television’ is about those ghosts. The loneliness, the longing, and the looking forward.”

Watch the “Television” video below. Jamie and The Guarded Heart’s next Philly gig is May 30th at The Locks at Sona in Manayunk; tickets and more information can be found at the XPN Concert Calendar.