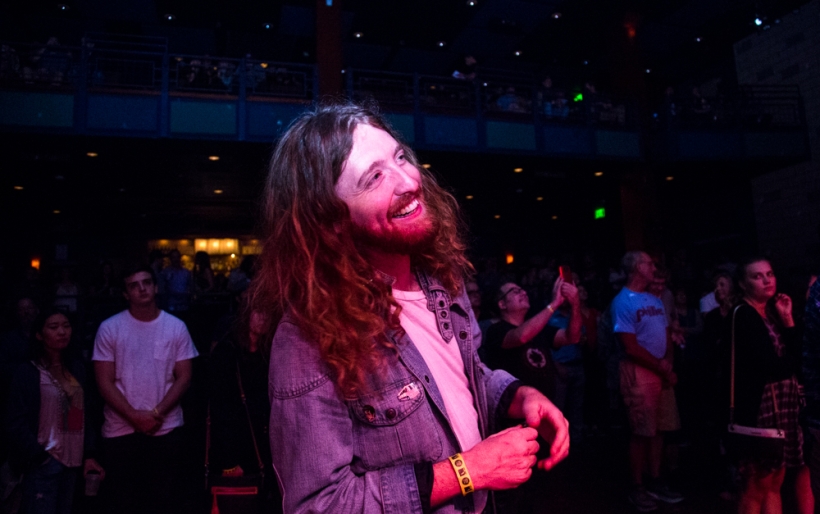 Jack-of-all-trades and longtime Philadelphian Dominic Angelella (of DRGN King, Lithuania, Lucy Dacus, Natalie Prass, and about a thousand other things) announced a new album titled Poison River, set to release May 29th on Lame-O Records, along with a lead single, “Holy Volunteer.” In addition, Angelella will be touring with mewithoutyou, their final tour before the group goes on hiatus; he previously played bass with the band leading up to their Pale Horses tour.

Dom wrote in a tweet along with the release of the track on March 12th, “[T]his song is about holding desperately onto friendships and relationships while the world around you feels more alienating and lonely as each day goes by. I hope this song can bring you some kind of joy during these strange times.”

This album will be the follow-up to Angelella’s 2018 EP Road Movie and his 2017 debut Goodnight, Doggies., and blends his punk-rock sensibilities with incredibly honest lyrics. His guitar lies at the forefront, however, a shrieking pulse throughout the track. Previously, Angelella relied on a stripped-down, rough-around-the-edges sound, but is now fuller and more defined, the production shining throughout the track.

mewithoutyou’s tour will begin in May, Dominic Angelella opening starting in June, with Philadelphia being the final stop at Union Transfer on June 13th. More info and tickets can be found here.