One last night out with Sudan Archives - WXPN 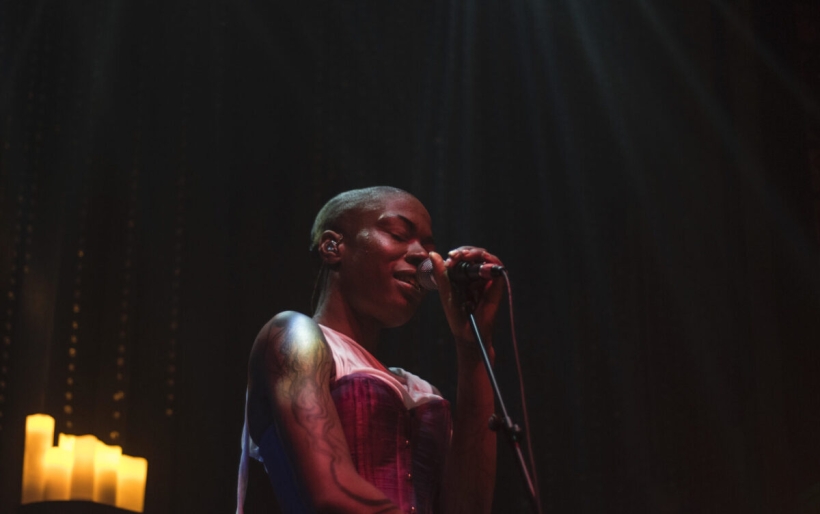 One last night out with Sudan Archives

Despite early social-distancing warnings, the audience filed in to Johnny Brenda’s last Friday night for Sudan Archives, aka Britteny Parks. The show had sold out in advance, but some ticketholders opted to stay home, providing a comfortable amount of space for those came through to enjoy their last night out for a while.

DJ/Visual artist yungkamaji opened the show with a short set before being joined by the sisters of Canadian hip hop duo, Cartel Madras. Visuals from their eclectic music video shone over head as the duo traded verse on their short, mixtape length tracks. Self-classified as “Goonda Rap” (meaning thug), “Conta” and “Eboshi” bring a South Asian aesthetic to Western trap and hip-hop. Highlights were “Housey (Thirsti Thots To Tha Front)” and “Pork & Leeks.”

“Baby, join the Cartel
We bes’ not catch you stumblin’
I’m hungry and in Chinatown
So I’m got’ eat a dump-a-lin” – Pork & Leeks

With only an electric violin and an acoustic violin, and a few pedals and gadgets, Sudan Archives’ stage setup was minimal but her presence filled the soace. Songs like “Come Meh Way” from 2018’s Sink and “Glorious” from 2019’s Athena take obvious influence from Sudanese fiddle music with a mix of LA electro. At a few points throughout the show, Parks added some classical etude interludes, still with the guitar effects, almost as if to highlight the difference between being a violinist and a fiddler. (Apparently, there is a difference.)

As a solo performance filled with live looping, pre-recorded tracks, and overdriven violin that mimicked a guitar, the only thing I found myself wanting was a DJ like yungkamaji or the sister from the Cartel to add to the energy on the stage. A sold out show with ample space for dancing, I hope people were watching the livestream from home.