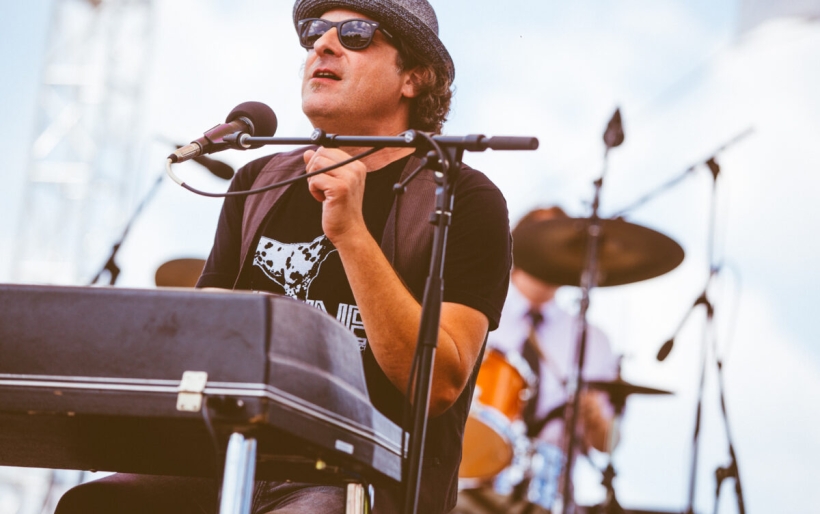 Singer-songwriter Ben Arnold just got home to the United States on Wednesday, after his European tour with the band U.S. Rails was sidelined by the spread of coronavirus, and he and his bandmates scrambled for places to stay.

Arnold had been abroad since the 13th of February, and played his first show with the band on the 21th in Santander, Spain’s Sala Niágra. “The tour was winding up to be one of our best,” Arnold said yesterday, on the air with WXPN’s Dan Reed. “We’re proud of our new record, proud of how the band sounded. The band was totally kicking butt.”

But the tour unfolded in pace with the coronavirus’ spread, and as February turned to March, U.S. Rails found themselves looking ahead at their itinerary with grave uncertainty.

Arnold chatted with Dan Reed for about 15 minutes on the air on XPN Thursday, sharing his story of watching the band’s European tour — which had been planned almost a year prior — fall apart before their eyes, and being helpless to do anything about it.

The pandemic wasn’t at the level of seriousness on February 13th, when Arnold and his bandmates left the country, and just over a month later they played their final show in Hielbronn, Germany.

“I kind of feel a little stupid now, I made a couple [joking] posts of me with a mask even,” Arnold told Reed. “I feel a little silly. I think we were all taking it a little more lighthearted than we are now.”

He shared the experience of moving across the continent to find cities and towns locked down — something Arnold says he’s never before experienced, and found a little terrifying — and when five of the band’s eight Italian shows were cancelled, “the dominoes just started falling.” Thankfully, he tells Reed, some fans in France and Germany were able to help the band out with pop-up concerts to make up for lost time and revenue, as well as a place to stay. U.S. Rails flew home from Berlin earlier this week, and are self-quarantining in Maryland.

Reflecting on the experience, Arnold says that it’s a heartbreaking time, and financially crushing, but at the same time he looks forward to seeing what the future brings. He speaks with fascination about teaching classes at Chestnut Hill’s Crefeld School via Zoom, and announced plans to launch his Quarantine Cafe livestream on Facebook this Sunday at 1 p.m.

“Art doesn’t stop, that much I can tell you,” says Arnold. “Anyone who’s real is going to continue [what they’re doing] for art, because you’re not doing it for money.”

Listen to Ben Arnold’s interview with Dan Reed in its entirety below.