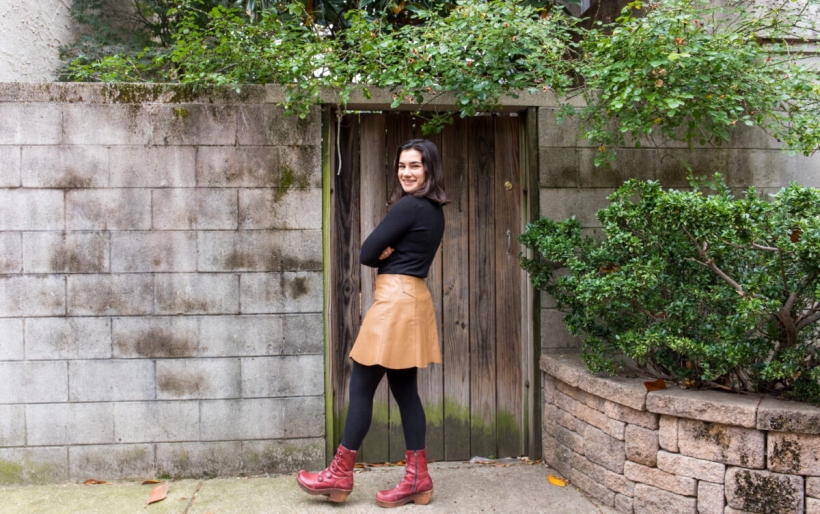 Local singer-songwriter and multi-instrumentalist Air Devi recently released swanning about, her debut EP, that sees her exploring a range of musical influences, singing in two languages, and embracing her newfound creative freedom.

Air Devi is the project of singer-songwriter Devi Majeske. A South Philly native, she began posting her lo-fi indie-pop songs to SoundCloud in 2015, and recorded her debut EP after graduating from college last year. In a recent interview, The Key’s Moriah Kofsky said that Air Devi “might just be the best kept secret in Philadelphia.”

Some of the EP’s tracks were previously released as demos, but evolved before becoming the finished product you hear on swanning about. Air Devi was raised on her parents’ punk rock and has spent some time studying Indian classical music — both influences that shine through on her light, airy, and upbeat songs. Air Devi explores themes of change, injustice, and subverting expectations, with an overarching sense of optimism — “it’s better to take a risk (than not live at all) / it’s better to take a risk (than live in constant rumination),” she sings on the title track.

Air Devi is joined on swanning about by Jay Fein on drums, Seth Fein on bass, and Jacob Hershman on guitar. The EP is available to purchase/stream on Bandcamp, SoundCloud, and Spotify.